Natures Garden on the River Ure

Click on the pictures to get a full screen version. 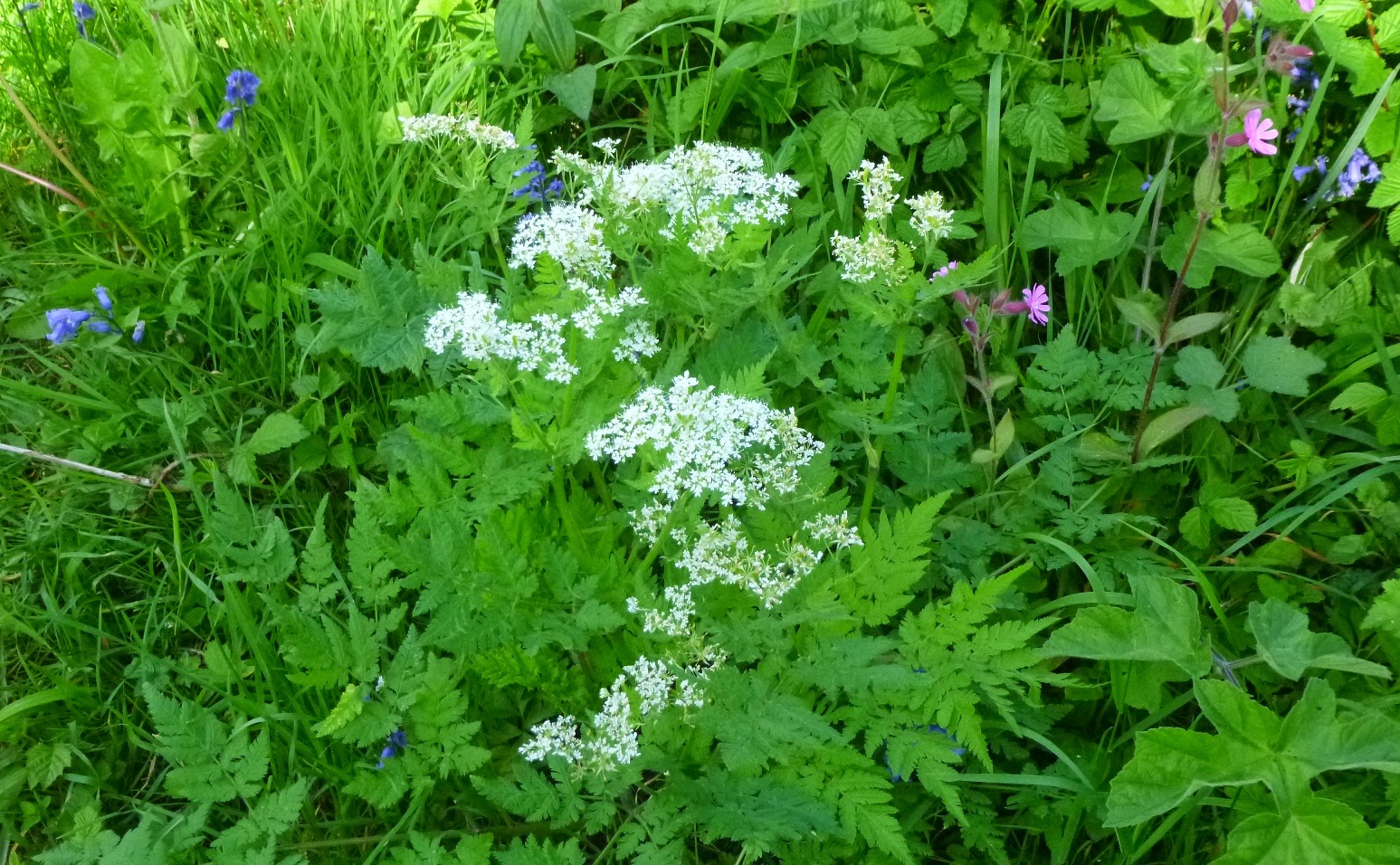 Peter and I first did this walk Along the River Ure back in 2011, and I've been looking forward to doing it again ever since.  And the reason?  Well, it's the flowers......They are varied, abundant and beautiful in the Spring. 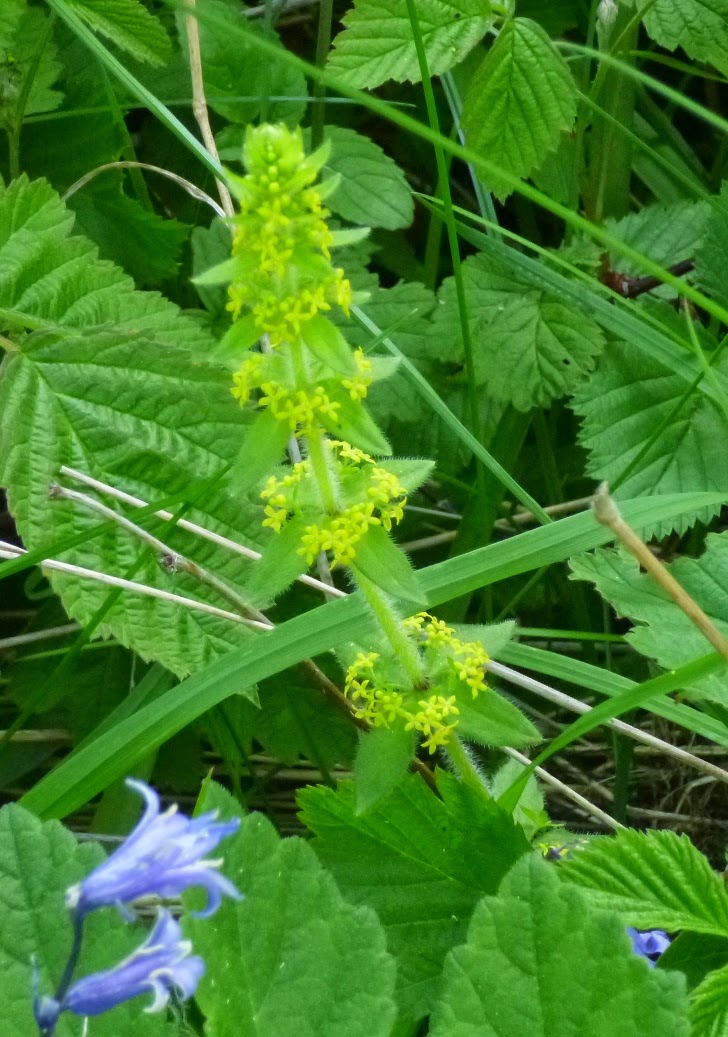 The walk is about 9 miles and dead simple.  You start at the bridge at Wensley - walk up the South side of the river, cross at the stepping stones, and after a bit of a meander into Redmire, you come back past Bolton Hall and back into Wensley.  And it's flat!  Another reason to really like it. 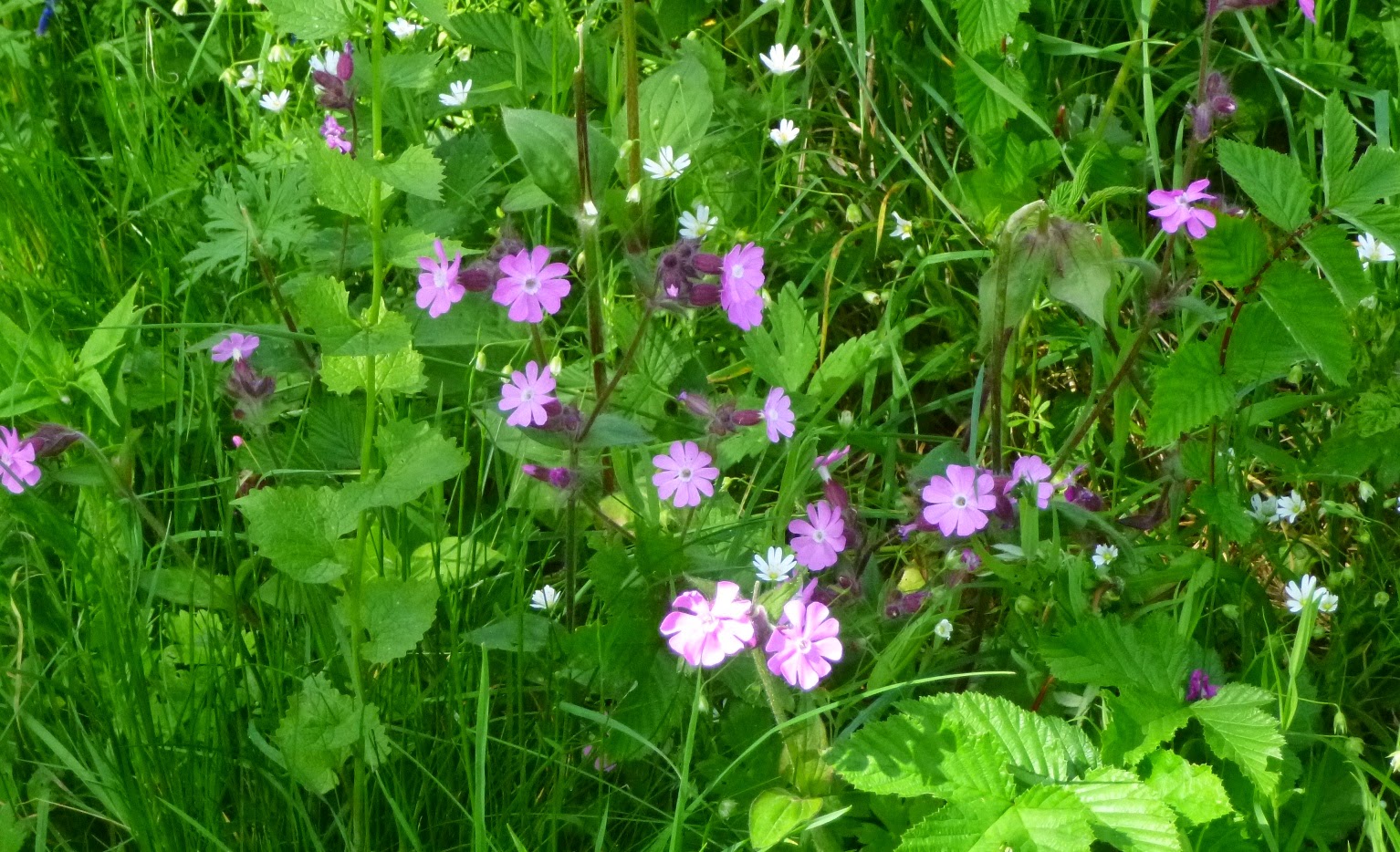 And nature didn't let me down.  The flowers along the path side were wonderful, all vibrant and colourful.  I took loads of pictures.  Not because the flowers were especially rare, or particular favourites, but simply because they are pretty. It's amazing how lovely they really are when you look at them properly, even the boring every day ones, so I make no apologies for the MASSES of flower pictures.

OK.  I confess, some flowers are particular favourites, such as these
<< Water avens, also known as nodding avens, drooping avens, maiden hair, indian chocolate and many more.  I love that last chocolate reference 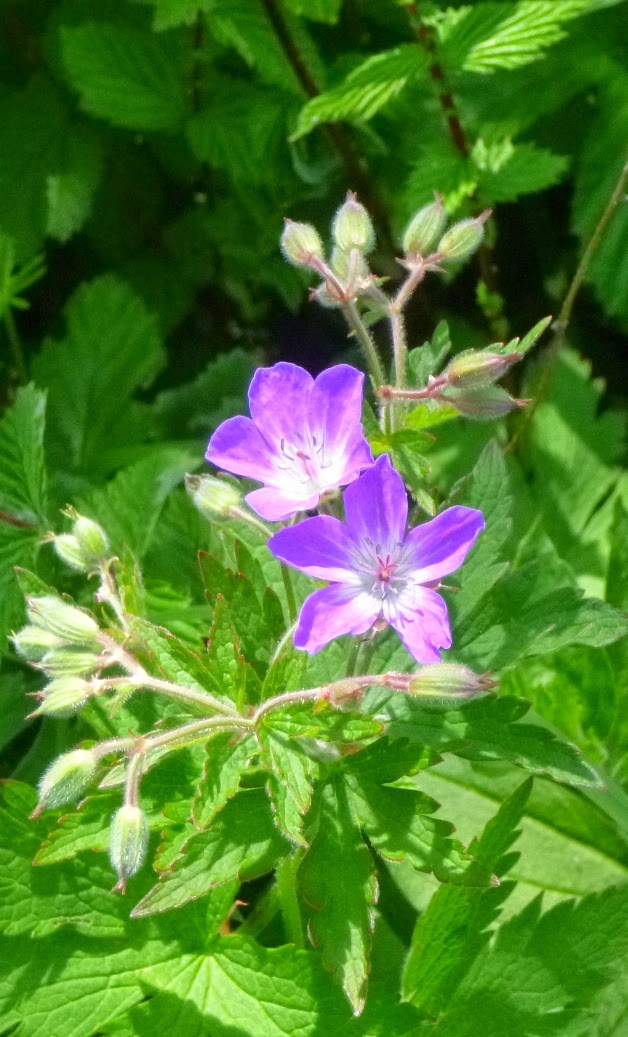 
"It is the city flower of Sheffield in the United Kingdom.

The flowers yield a blue-gray dye that was used in ancient Europe to dye war cloaks, believing it would protect them in battle. For this reason it was called Odin's Grace."
With lovely white and strongly scented flowers, hawthorn is also known as the May-tree, due to its flowering period, it is the only British plant named after the month in which it blooms.

"In Britain it was believed that bringing hawthorn blossom into the house would be followed by illness and death, and in Medieval times it was said that hawthorn blossom smelled like the Great Plague. Botanists later learned that the chemical trimethylamine in hawthorn blossom is also one of the first chemicals formed in decaying animal tissue, so it is not surprising that hawthorn flowers are associated with death."  (From The Woodland Trust.) My little compact camera did pretty well to get these pictures I reckon.  I just point and press, and Hey Presto!


<<This is charlock, or field mustard, or wild mustard.  Farmers hate it when it gets amongst their crops. 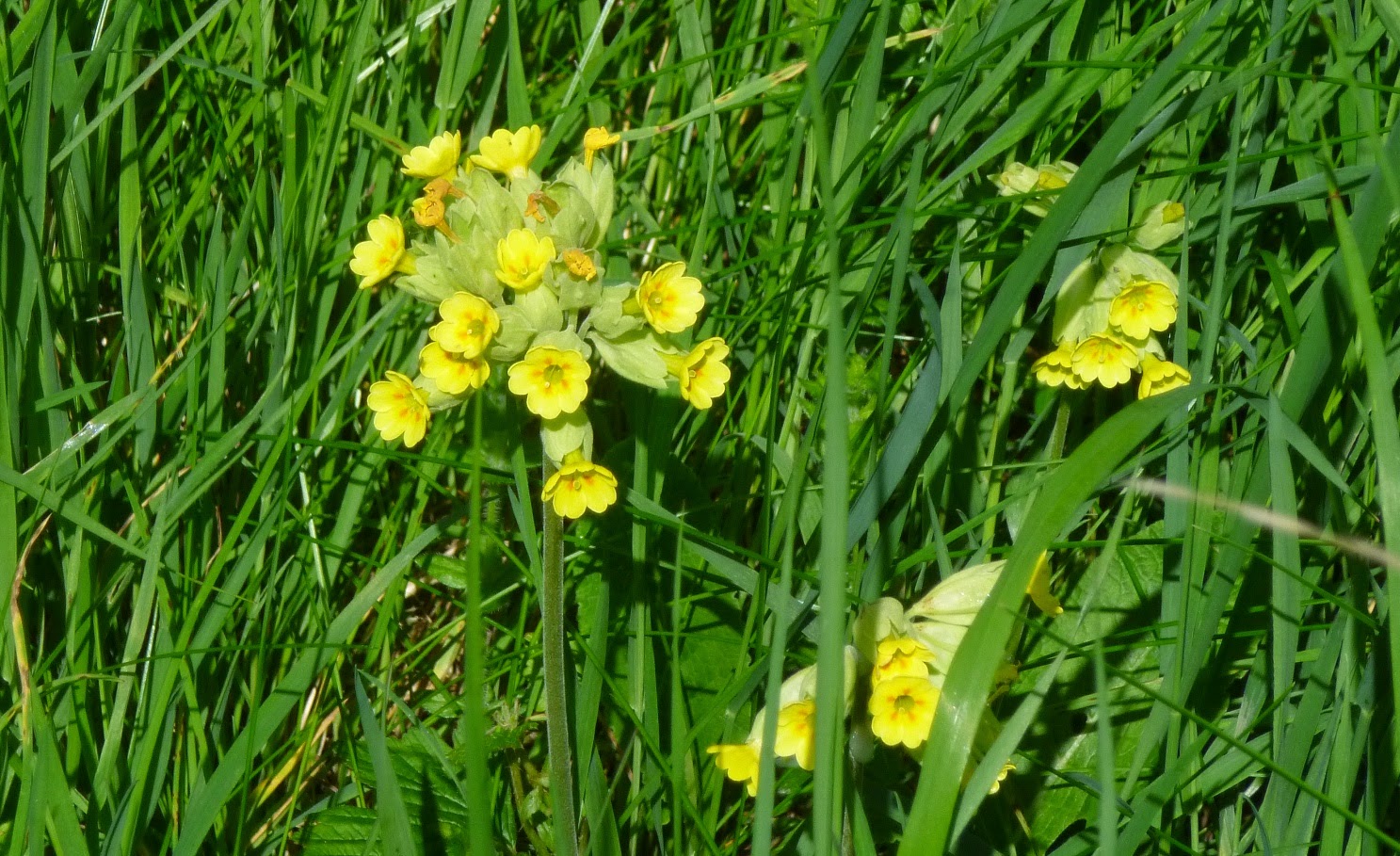 I ought to point that the Hey Presto bit doesn't just happen straight away, and I've learnt to compensate by taking around 5 photo's at a time, using the point and press method, in the vain hope that one of them will come out well.  The sheer numbers of photographs taken means that at least a few come out well.
And all the time we are walking, we have the wonderful River Ure alongside. 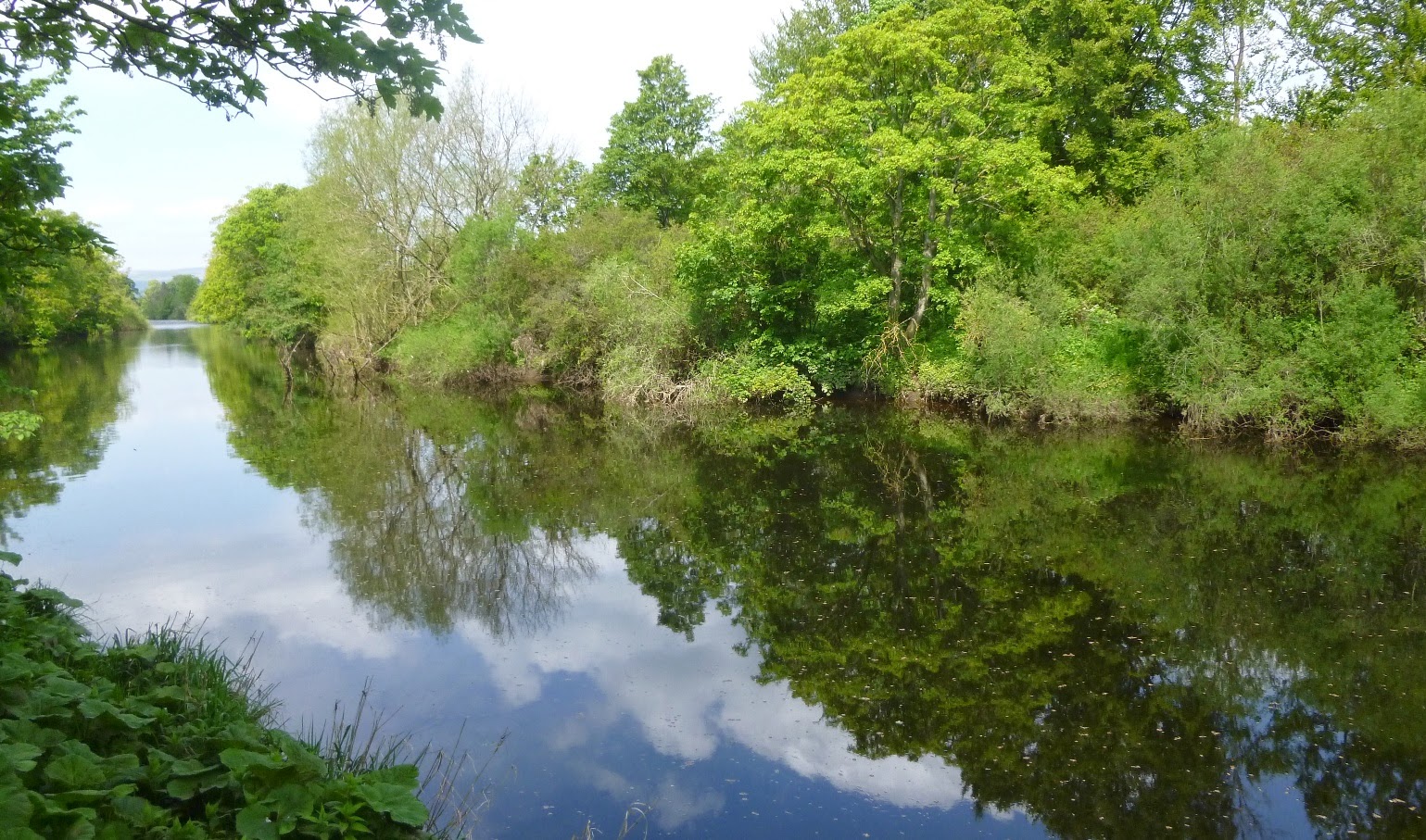 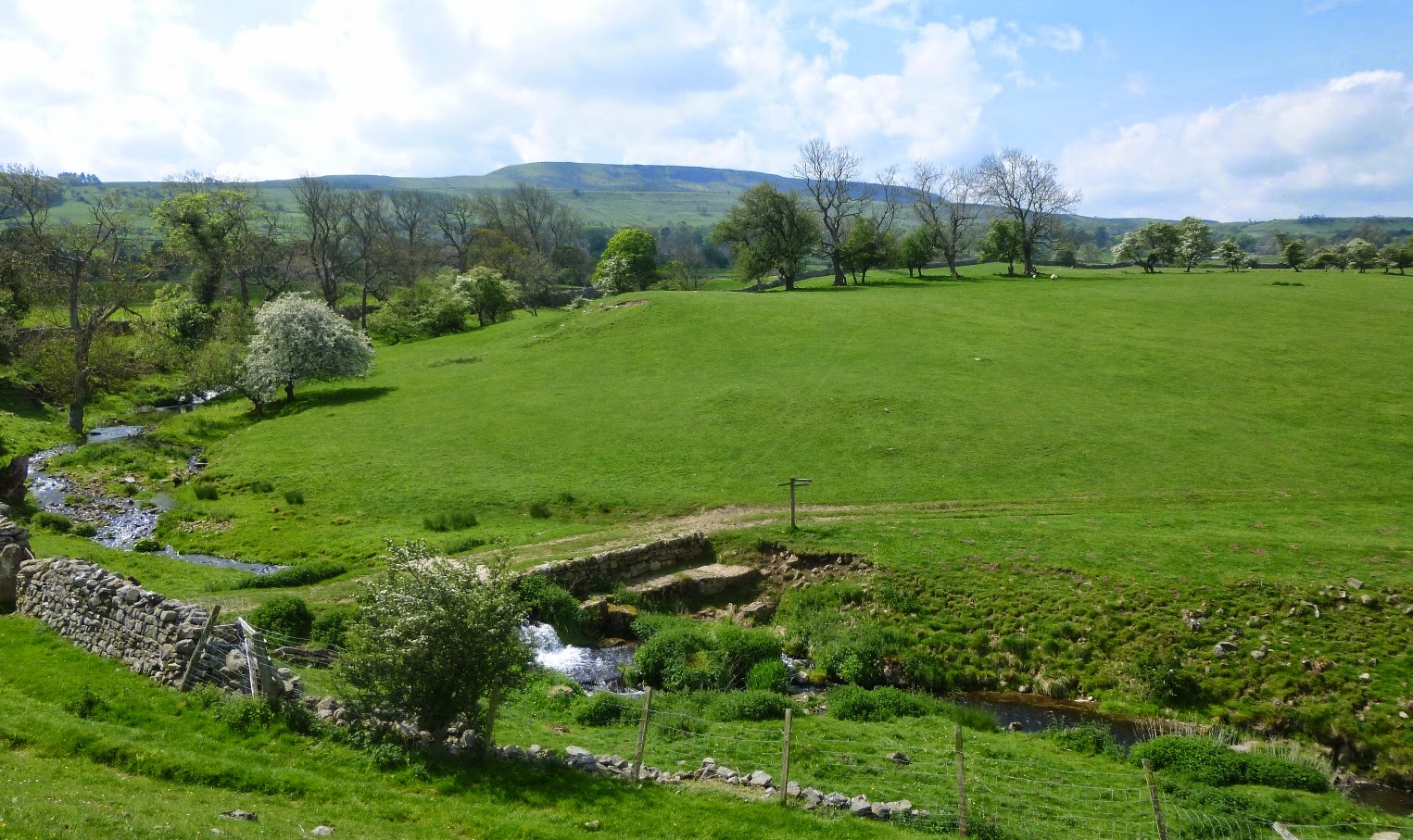 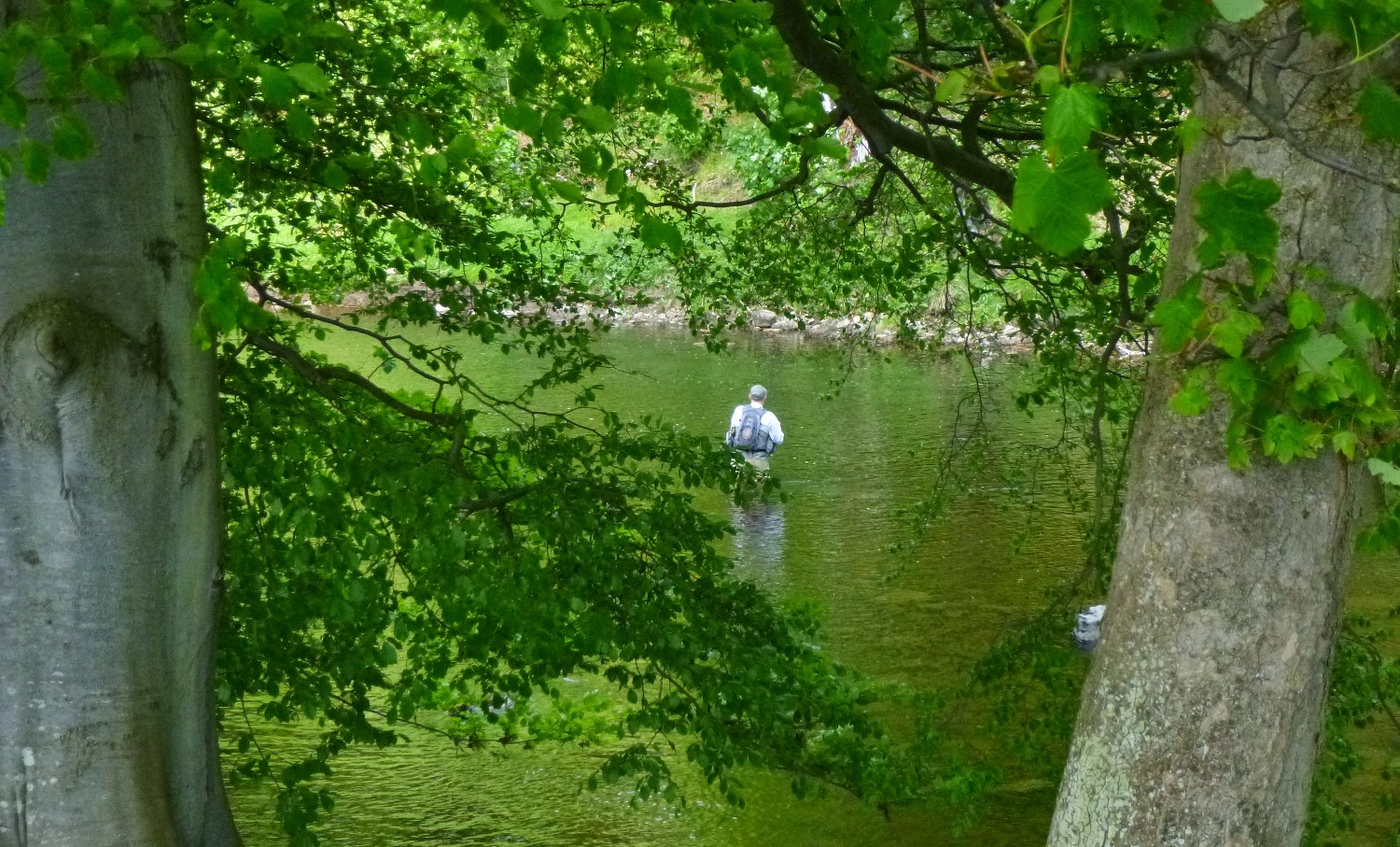 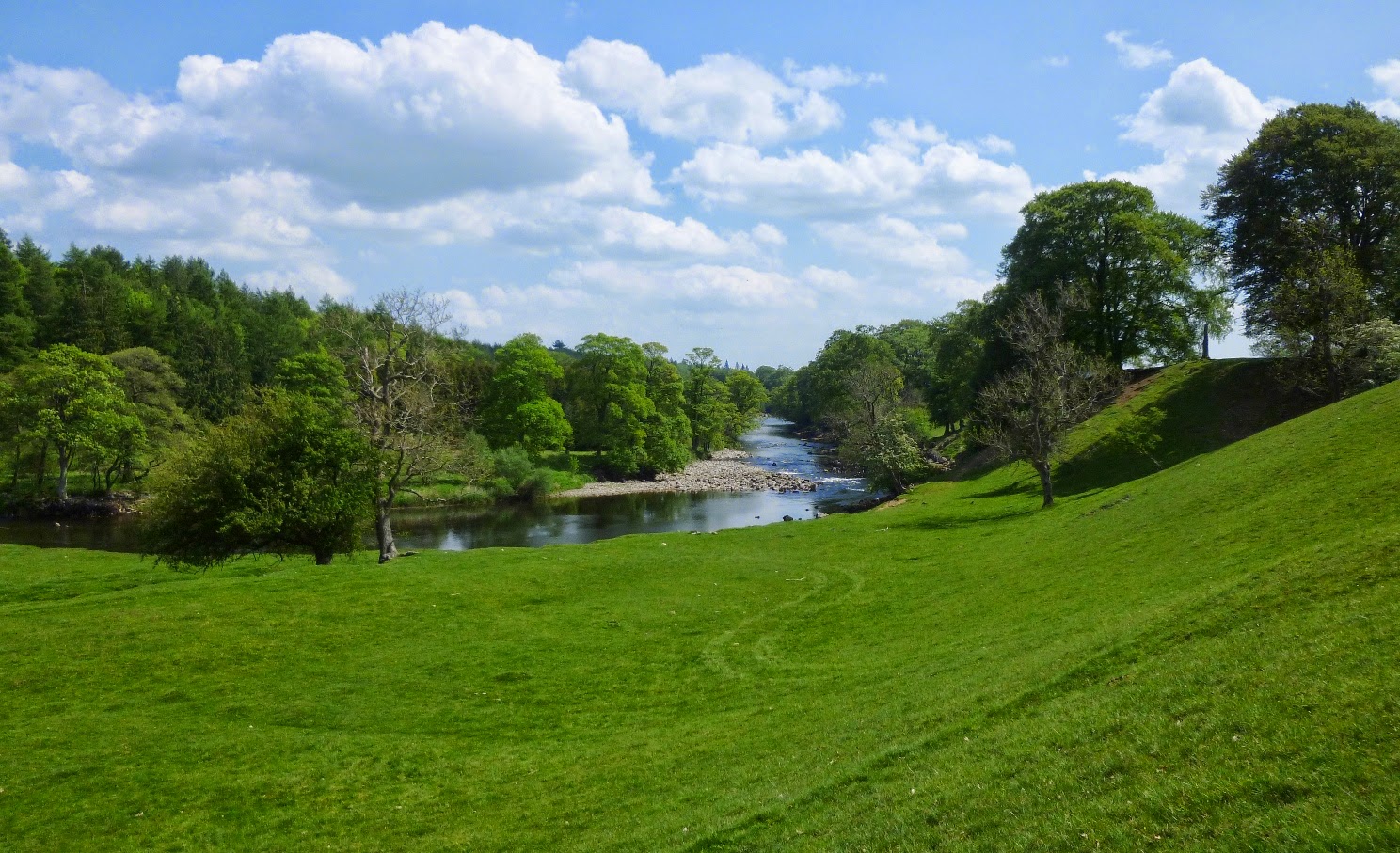 Eventually we got to Redmire Force where we stopped for lunch.  It's a popular spot and we were joined by many others.  Hardly surprising considering what a beautiful day it is.


From Redmire Force, it's a short walk to the stepping stones.  You can't tell from the photograph, but these are actually quite massive. You could easily fit two or three people on each one.

From the stepping stones, you eventually make you way down Thoresby Lane and a farm track to Low Bolton and Redmire. 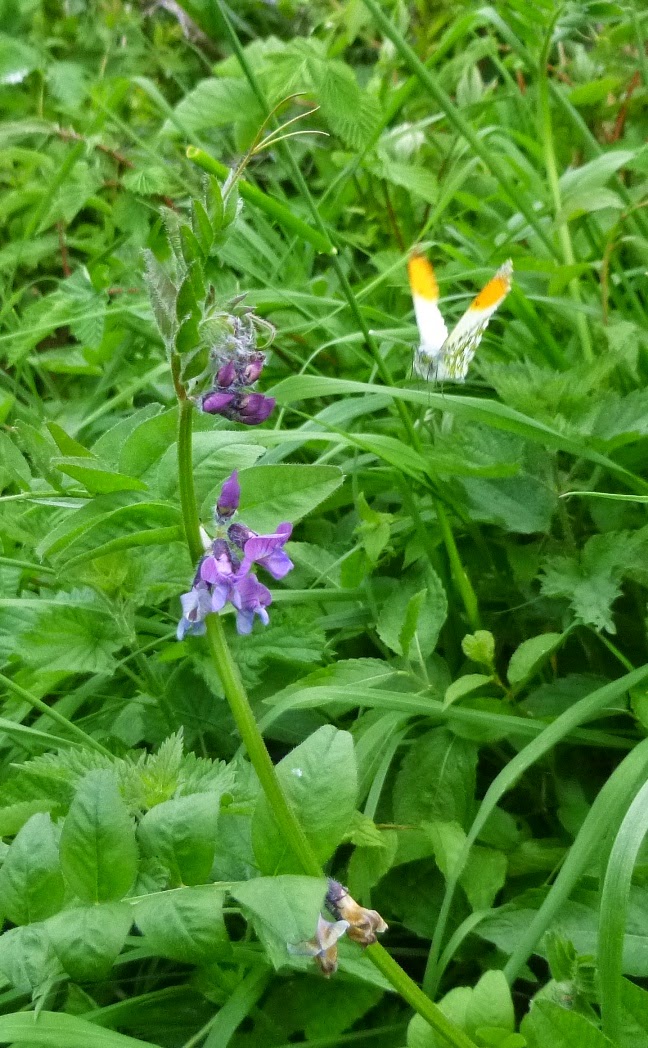 << Common vetch.  And the wonderful Orange-tip butterfly flew into shot just as I took the picture.  Awesome! 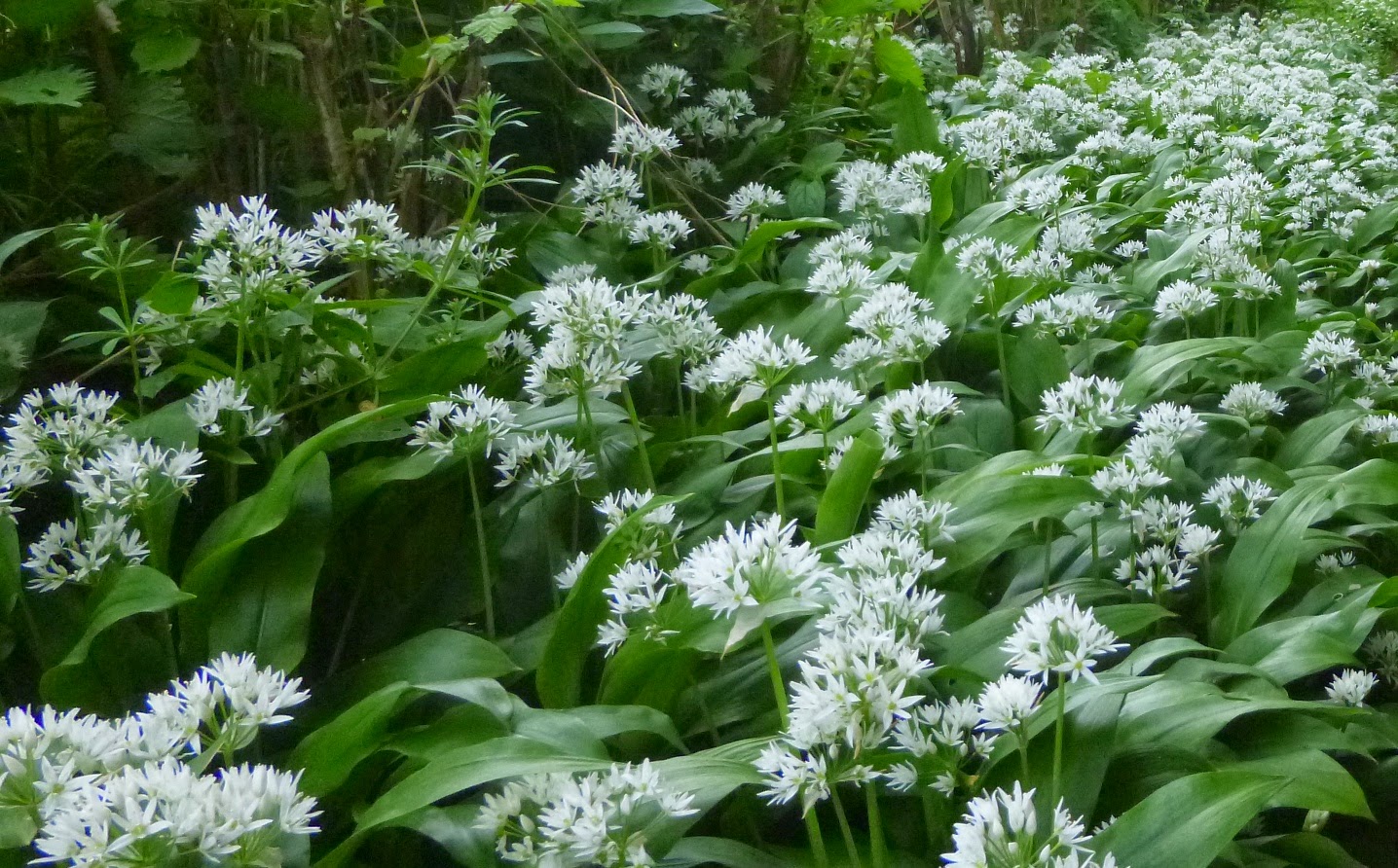 Another of my favourites, wild garlic>> 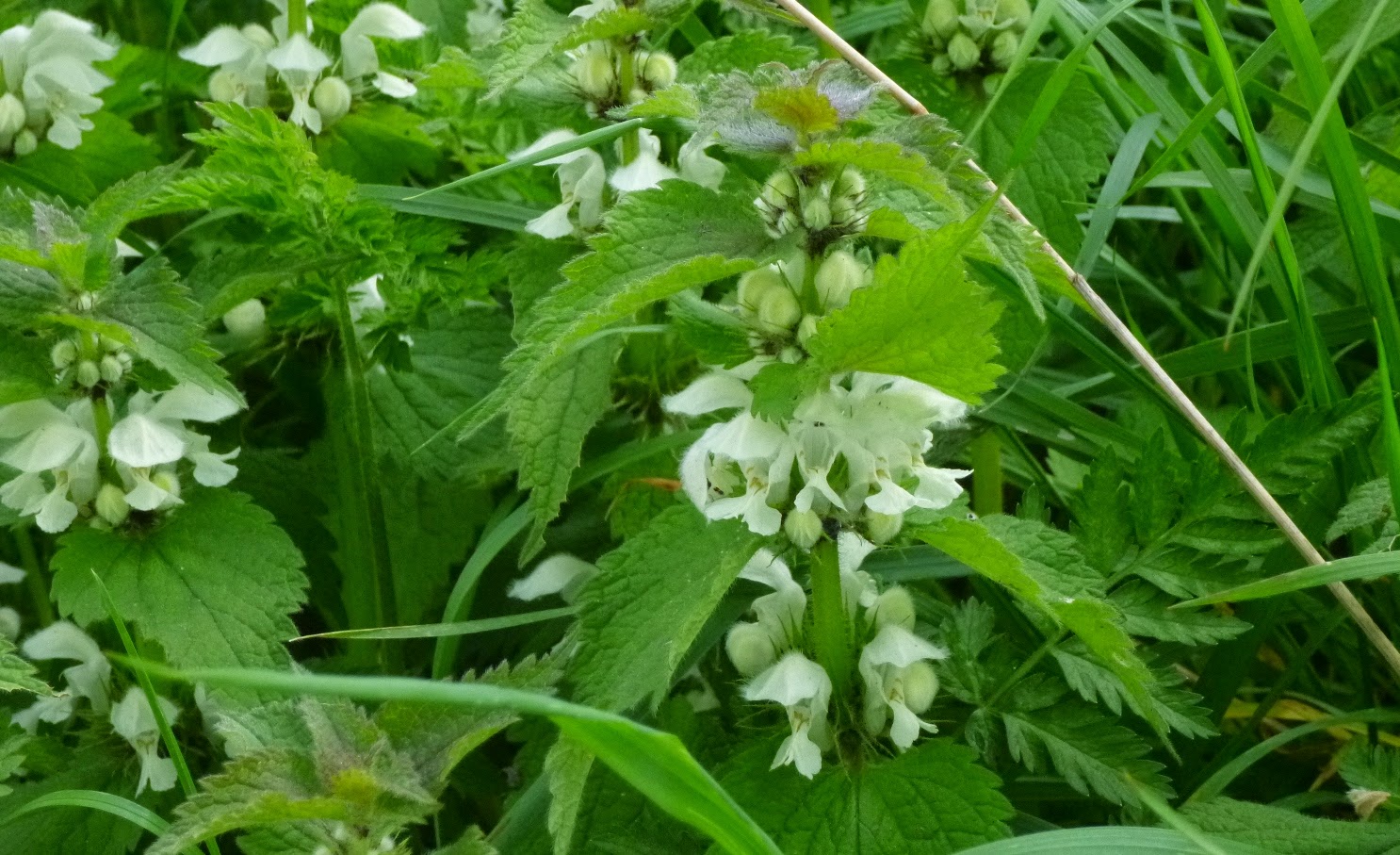 <<White deadnettle
This nettle won't sting you. Bumble bees love 'em, and you can eat the young leaves.  Much nicer than it's cousin the stinging nettle, eh?

From Redmire the path becomes a wide track that runs across the Bolton estate.  A very pleasant walk through the woods until you get to Bolton Hall. 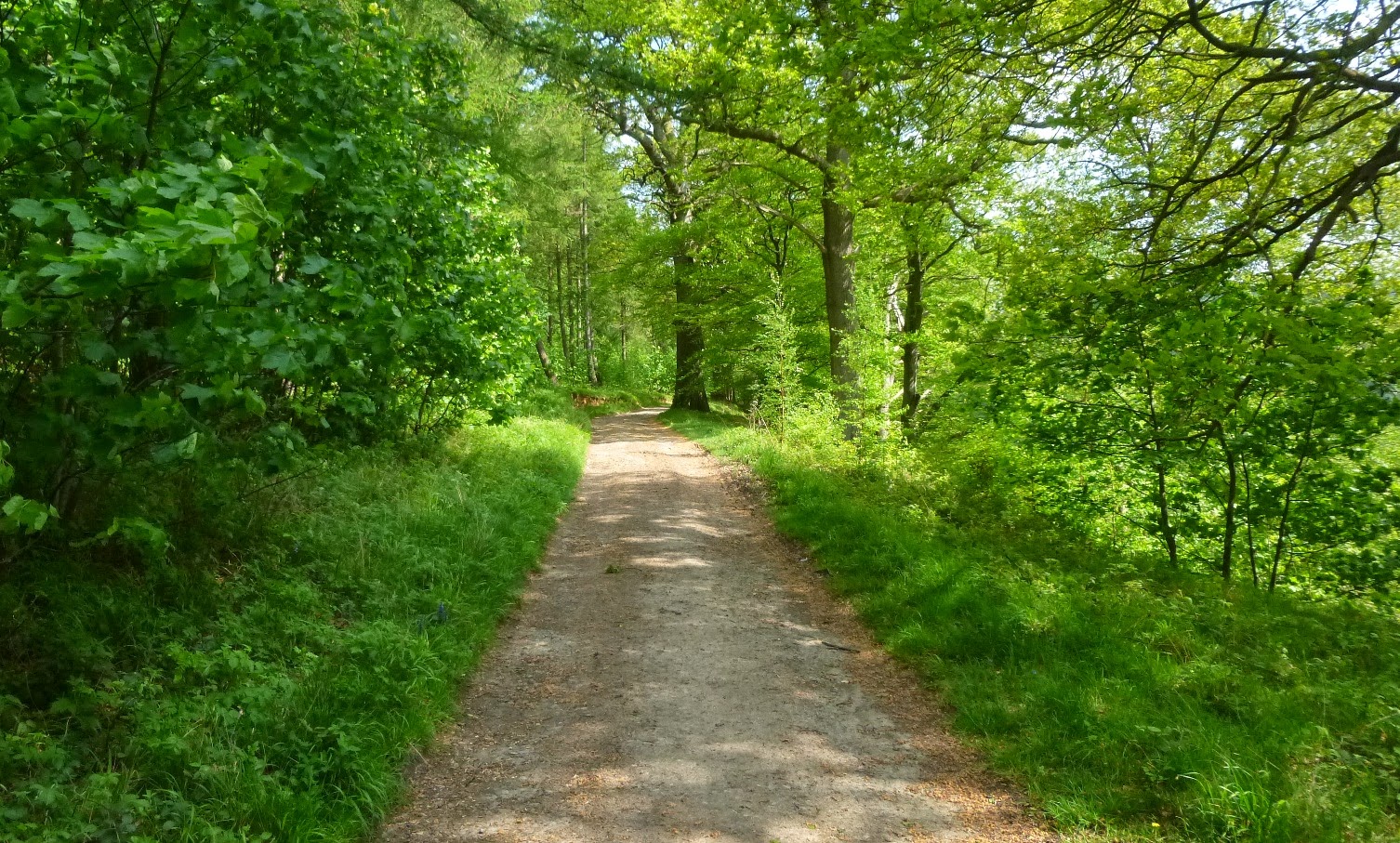 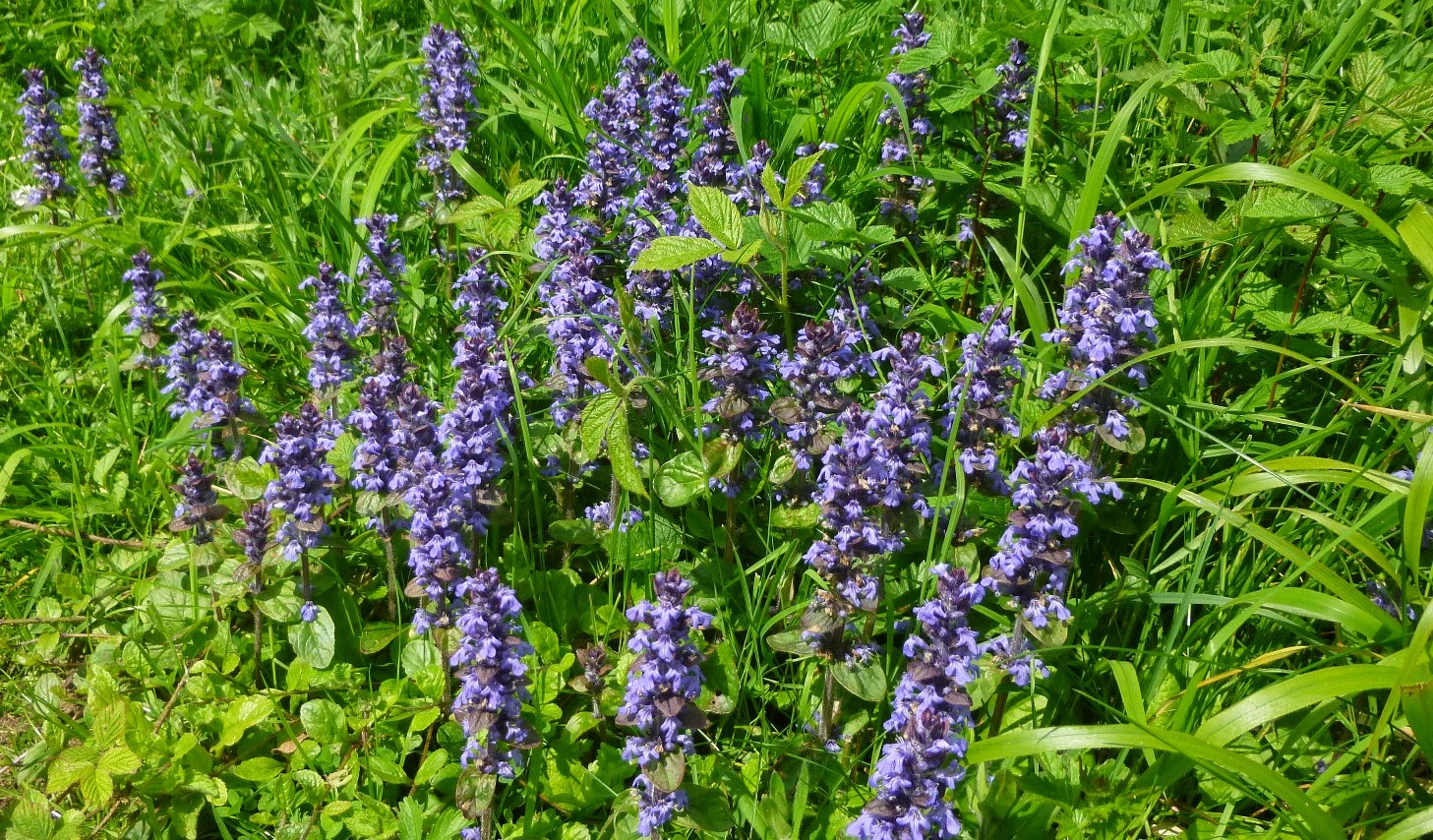 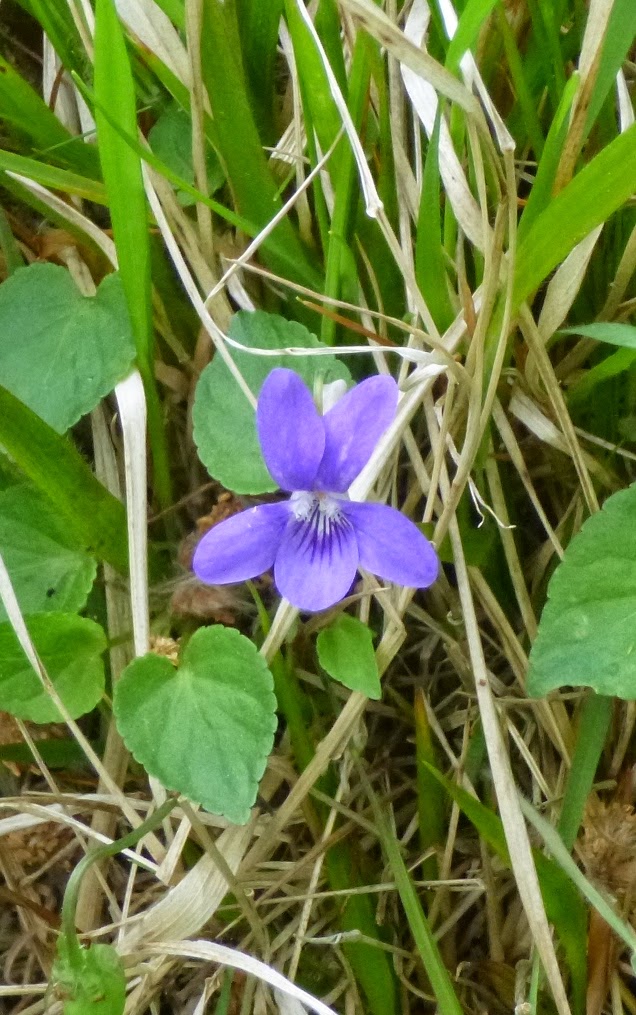 <<Wild Violet
And then we were back to the car.  A quick change, and tidy up of hair, and we were in The Three Horseshoes for a well earned pint........  of orange juice and lemonade.

This really is a wonderful walk if you fancy a change from all the ups and downs of life and fell walking, and very definitely best done in the the spring.