A Series of Walks

The thing about the blog is that it needs to be kept up to date. The thing about me is that I am lousy at it sometimes. So now I have a backlog of walks to post.

Being the lazy type, I’ve decided to go for the easy option of sticking several walks on one post. It sort of works to be honest, cos there ain’t a lot to say about a couple of the walks, and there wasn’t a lot to see on a couple of the others – which all adds up to not a lot to write about.

Sat 29th March I’ll start with a walk I did with Heather, Frog and Fruit. These are real names by the way, two belong to a pair of gorgeous collie dogs, the third belongs to a long standing friend of mine. I’ll leave you to work out which one’s which.
I’d worked out a route from Lofthouse, up onto the moors on the the northern side of the river Nidd, out to Scar House Resevoir and then back. The Met Office promised us a good day once the sun had burned through the mist. Hah! There was no sun that day......No mist burning off and wonderful vistas over Nidderdale. Just downright claggyness spoiling our views. We start off planning to walk as far as the reservoir, but it looked so good as we approached, we extended our route to have a look at the dam. It was was well worth it.
From the dam we should have made our way back to our planned walk on the northern side of the river, but instead, we walked on the southern path, intending to cross The Nidd further down. Trouble was, there were problems with the stiles and ROWs. One stile had been made almost impossible to get over by the farmer, our route over a footbridge was blocked (barbed wire!), and I missed a turning later on. It all meant that we ended up getting back to Lofthouse using the road, which is hard on the feet.
It was a good walk though, in good company. 12 miles, 1550 ft of ascent.

Sat 5th April I decided to follow this route: Walking Englishman - Sutton Bank, Whitestone Cliff and Cold Kirby, except I started from the Sutton Bank visitors centre, not Cold Kirby. The advantages are toilets, coffee and cake, the disadvantages are the parking costs. I really enjoyed this walk. Somehow or other I managed to do 12 miles in 5 hours, including stops, which is not like me at all. I blame it on the rambling club that were following me at the start. They were making a right racket, and although I stopped to take some photo’s and wait for them to pass, they stopped as well. I felt harrassed! I belted off again to get some distance between us, and sort of kept up the pace from there. Me legs didn’t half hurt the next day though.
Sadly the weather wasn’t all that bright. I did get to take some pictures but everything was a bit misty, and the views from the top of the bank weren't the best.
As I came to the end of the walk though, I thought what a brilliant route it is for Heather and her dogs. There was only one stile that I remember, it’s mostly flat (675ft of up and down), and although there are fields of sheep, Frog and Fruit are extremely well behaved. So we went round the circuit again with Heather on Sat 26th April. A really good walk, but unfortunately the weather wasn't any better the second time round either so no more pictures, just the ones from last time.

We just managed to get back to the cars before it started raining.

Tue 8th April This was a little walk to test the idea of walking after work. I finished at 5pm, Peter picked me up and we drove out to Leighton Reservoir to see if we could walk around it. I was trying to work out a route of about 5 miles.  I have to confess that Peter took the photographs, as I forgot me camera. 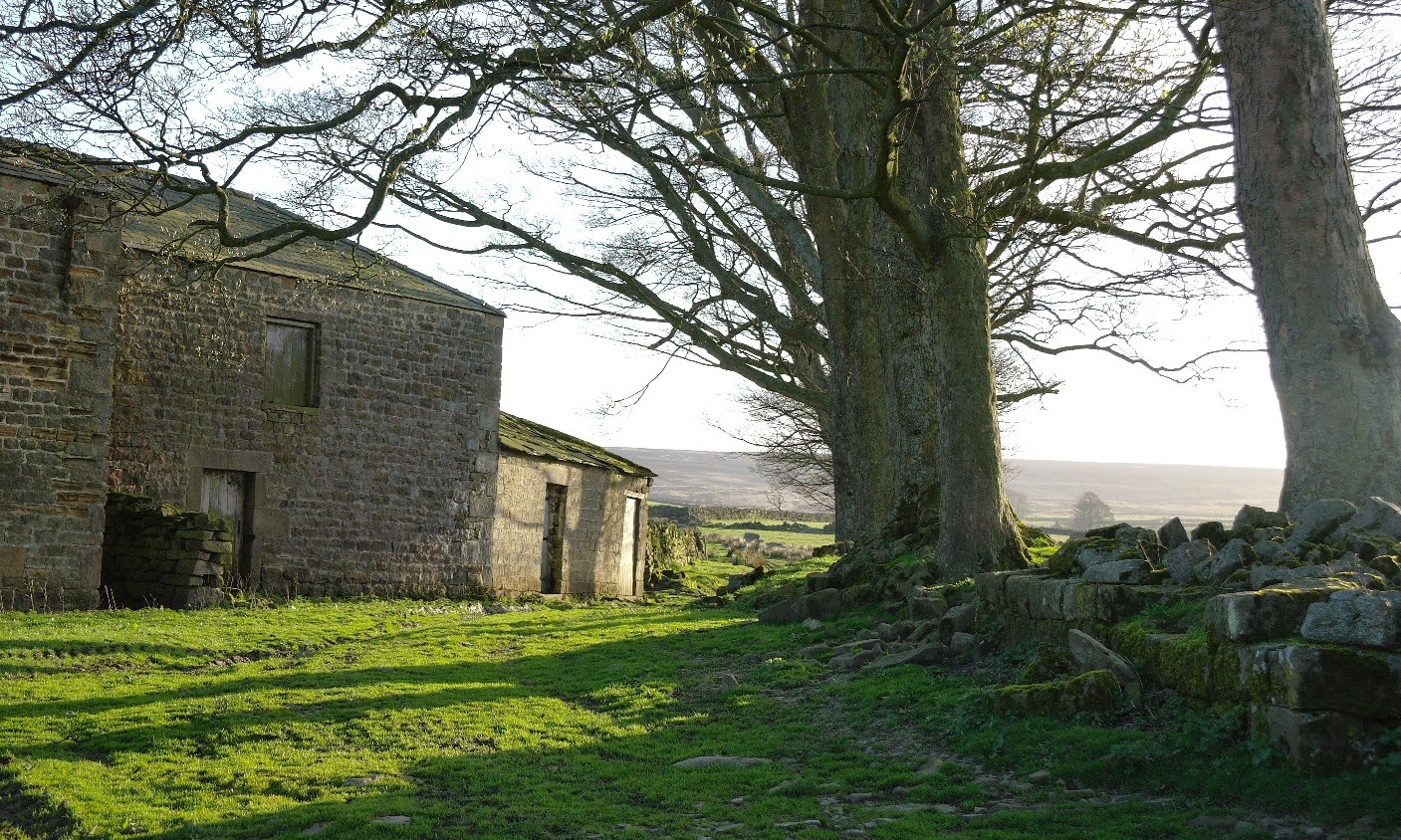 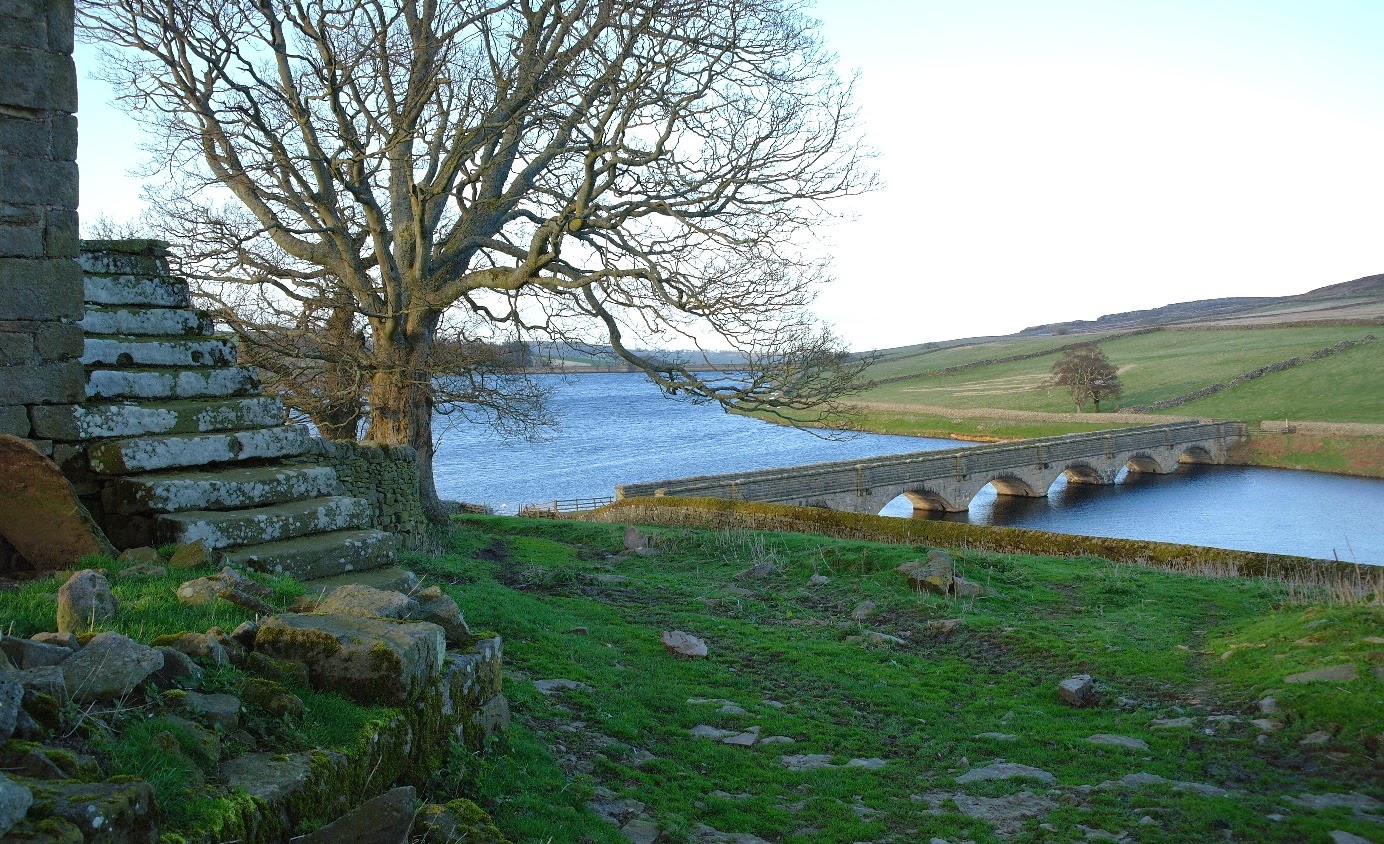 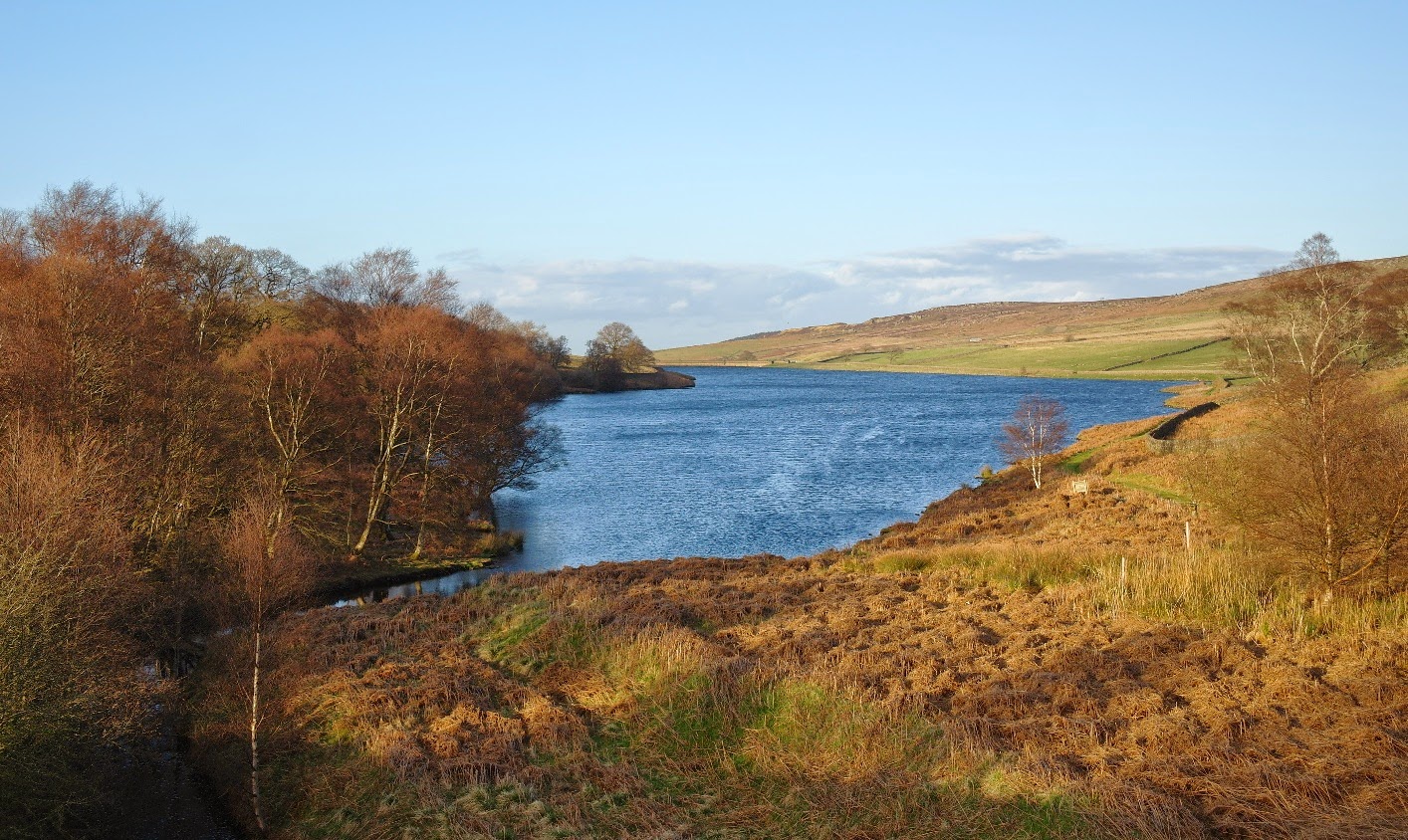 So what did I learn? Well, the idea of a 4-5 mile walk after work during the summer is very feasible, but I should have picked somewhere a bit closer to home. I also learnt that although you can’t walk around the reservoir, it is a beautiful place with a fantastic range of bird life. I will go back, but with me binoculars next time. 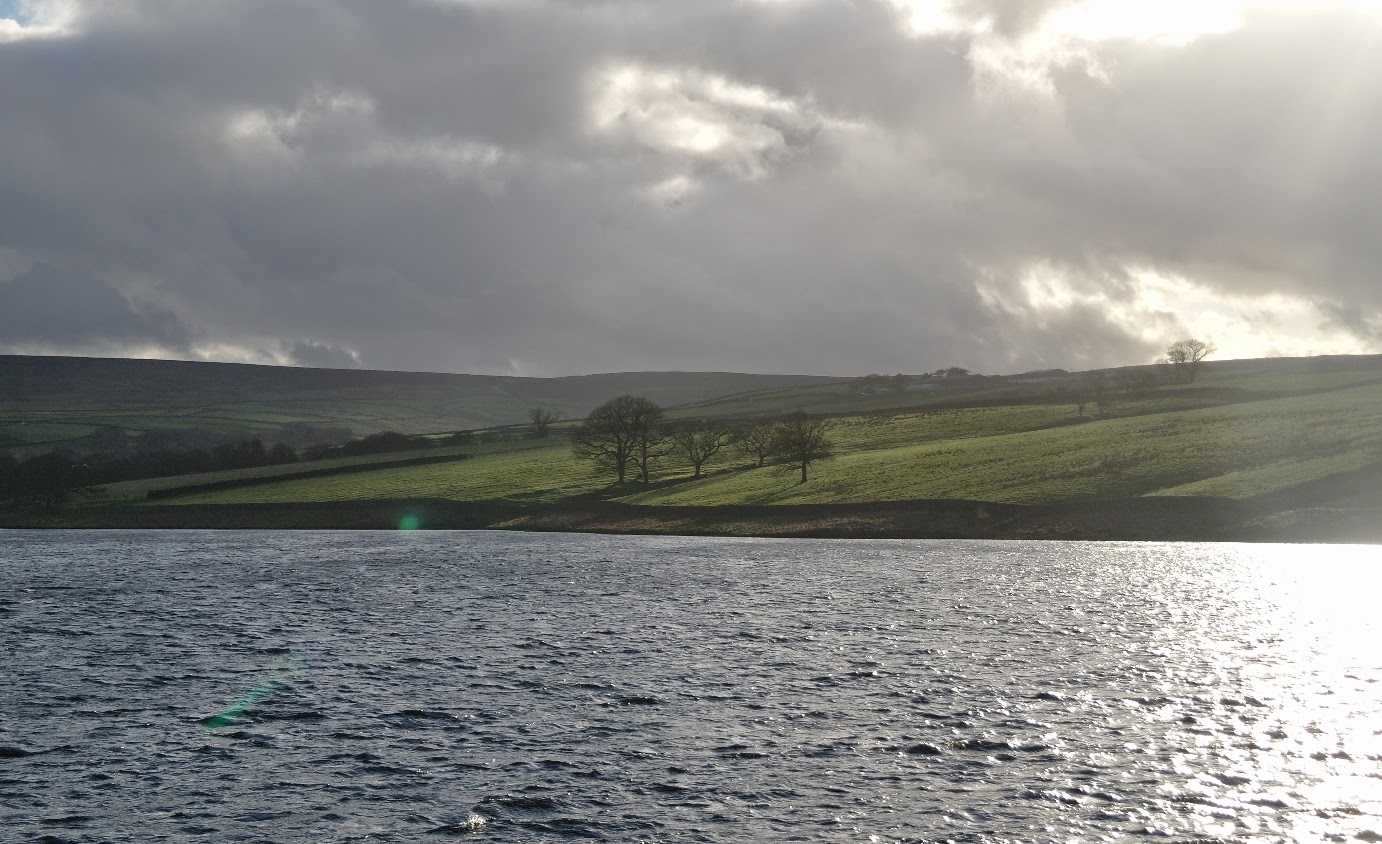 Sat 12th April  saw me attempt a walk out from Gayle in the Dales to Dodd Fell Hill and Wether Fell, (another route from the Walking Englishman)  There are no photos, and there is nothing to report except it was a lot wetter than I had hoped. Actually it was an absolute washout.  The weatherman said it would clear up in the afternoon, so I waited until 2pm to start the walk.  The rain got harder the higher I went, and it wasn't until I'd reached a little bit of a ridge and the wind was blowing wet needles so hard into my face that I couldn't open my eyes, and all of my clothes were drenched through to the skin that I decided it wasn't to be.  Sadly, I turned around and walked back to the car.  Very disappointed.
Of course, by the time I did get back to the car, the sun was shining and everything was steaming in the heat!
Looking up at the tops still in black cloud, I knew though that coming back was the better choice this time.

Anyway - Now I've covered quite a bit of the gap between Cragside and Skye.  I can concentrate on a fantastic walk in the Dales, followed by three walks in the Lake District.  Class eh?