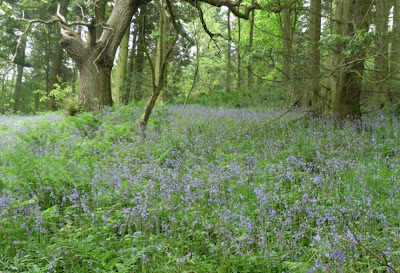 I feel I need to be fitter and get out more, so I met up with a couple of guys from the Walking Forum.  They were doing the Cleveland Way, and invited me to join them for a day.  (Before we start, I did warn them I was slow!) 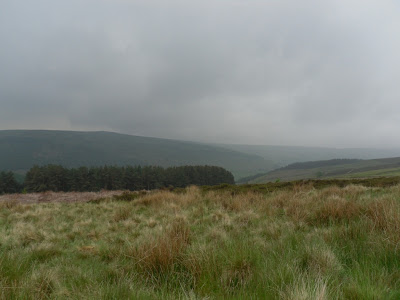 It was a brilliant day, maybe not weather wise because it was overcast and cloudy, and the “clag” came down on us once or twice. There is 11 ½ miles and 2500 ft of up on the Cleveland Way Day 3, described as the most difficult day of the total walk.

Cloudy and overcast views across the moors 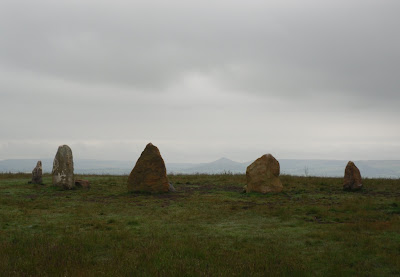 2500 ft of up actually means five hills.  We were up and down like up and down things.   Hard work for little ole unfit me, but not for my two walking companions, who were very obviously much more used to this sort of thing.
They were perfect gentlemen though, Andy kept offering to help lighten my rucksack, and they both kept telling me not to worry about me slowing them down.

Roseberry Topping framed by half a stone circle 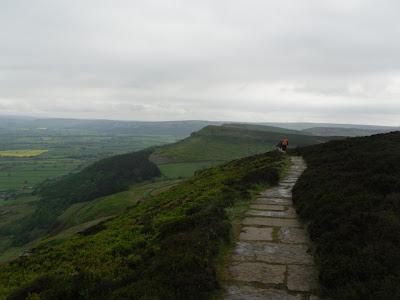 I did slow them down though.  At each and every hill they went straight up, I huffed and puffed behind and they waited very patiently at the top.
However, we completed the 11 miles in what was a very, very respectable time for me, (I think it would have been about 6 ¼ hrs, including breaks), and I thoroughly enjoyed it.

A lovely walk along the edge of Kirby Bank 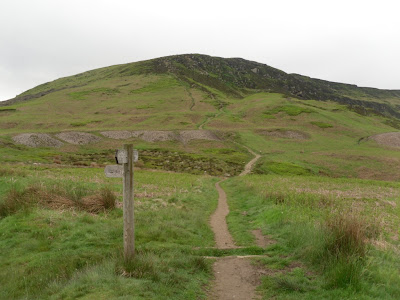 I found it hard work, but to some extent, that is what gives you a sense of achievement isn’t it?  And I love being out in the open, with the fields, trees, hills and sky all around. 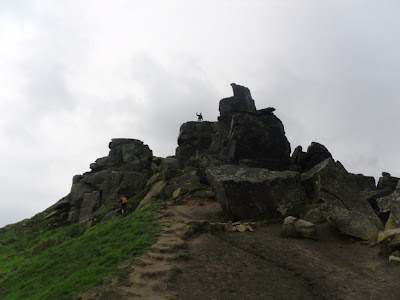 A very big thank you to Andy and Chris for letting me slow them down, and for being so nice about it.  They even said I could go along with them again (although I think they were being polite).

Finally, the Wain Stones, the last hill of the walk!