Wondering about the paths around Richmond

Today's walk was a journey of exploration and adventure.  On the map were rights of way and bridle tracks that needed investigation.  After careful preparation and planning I set out on a voyage of discovery.  Read on to learn the intrepid story of my travels.
What I really mean is that I was at a bit of loose end, didn’t want to go too far from home, and decided to have a nosey along the paths nearby that I’d not tramped before.  So, after a quick route plan and making sure I had my gps, wetproof and water, off I went. 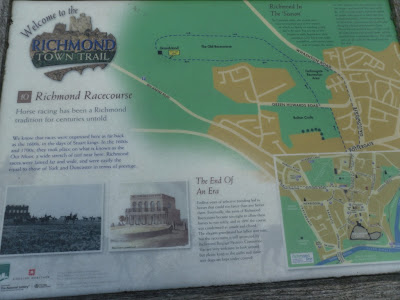 I’m allowed anywhere, but I stick to the public right of way
It quickly became an odd walk.  I’d started by strolling up the hill to get to the old Richmond Racecourse, now used as gallops.  The whole area is permissive land and everybody walks everywhere.  Trying to follow my route using the right of way was a bit of guesswork.    It seemed a bit silly as I sort of crossed the racecourse and back.  But as I said, this was a journey of discovery.  I think I might like to go up there in the morning to see the horses training.
I’m allowed here, but I feel like I shouldn’t be.
Once I’d found the right exit off the racecourse. I crossed the road and was suddenly on Richmond Golf Course.  With golfers and everything.  I knew I could be there, the little yellow arrows said so.  But I felt out of place in my muddy boots.  I walked between greens feeling very conspicuous until I got a point where I just didn’t understand what the little yellow arrow, the map and the gps were telling me? Feeling like every golfer was watching and ready to thwack a little white missile at me, I turned left and took a few tentative steps onto the beautifully mowed grass of the green.  Ahhhh!  The path went immediately right, then across a different green, to a kissing gate and off the golf course.  Phew!
Ooops.  I’m not allowed here.
Back in my comfort zone I walked a well trodden path around the field of sprouts, which smelt very sprouty, and weirdly, quite nice.  Still on the path, I walked through a gap in the fence into a lovely little wood until I reached a rough tractor track, which I followed.  I kept following it until I got to a gate, which, when I got on the other side, had a big sign that said.  “No Public Right of Way”.   Ooooer.   (If I’d have planned my route or not got lost, I might have done that on purpose, thinking no-one would mind.  But of course, I didn’t…….. I took a wrong turn) 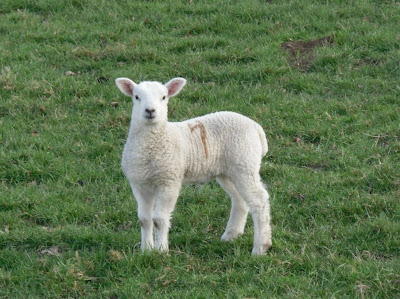 I am allowed here, but someone’s taken all the signs away?
Moving on quickly, I crossed the road.  Checking GPS and map, I knew I was on the right track, and that this time it was a public bridleway.  There was one little marker that said as much at the beginning.  As I walked on for about a mile, through several gates, alongside fields and very well maintained and manicured estates, there wasn’t a single indication that I was on a right of way.  I got to the end of the section, where I saw a woman and two teenage girls heading for the farmhouse.  I sort of felt like it was the farmer’s wife, and that she was explaining to her daughters yes, I was allowed to be on their land. 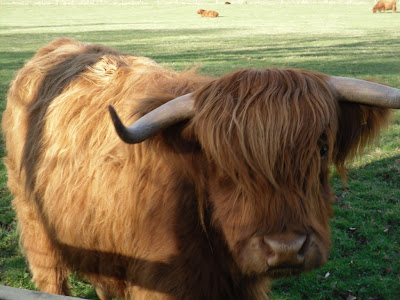 It finally feels right.
I reached Skeeby, turned right, up the road a little way and then took a bridleway to Easby  Abbey.  I have to say, this was the best part of my walk.  I met a couple of donkeys, walked past St Trinian’s, (sadly it was a farm, not the school), and admired Easby Abbey, a few highland cattle, the River Swale and the waterfall before reaching home. 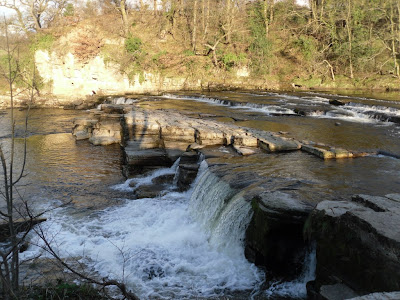 I discovered………
8 miles of paths in lovely sunshine. I discovered I don’t want to do the first part of that walk again, but it is really lovely between Skeeby and Easby.  Maybe, when I’m wondering again, I’ll wander that way instead.   Oh, and I think I've got the hang of the gps too.  Cool eh?