Saturdays walk was a revisit.  We’d reached the top of Pen-y-ghent on a gloriously sunny day in February three years ago. This time, we picked a gloriously sunny day in March.  You wouldn’t have thought it as were driving in the morning though.  Visibility was really poor right across the dales, fog and mist everywhere.  But as we reached Horton in Ribblesdale, the sun burned its way through, brightening the moors and dales around us.


We set off and made our way up the lane past the school towards Brackenbottom Scar, and straight away I recognised our previous walking route. 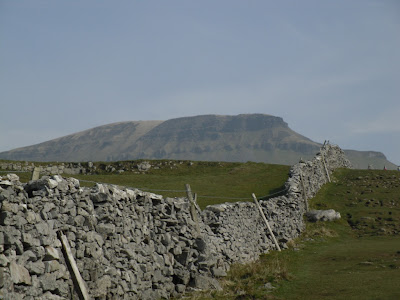 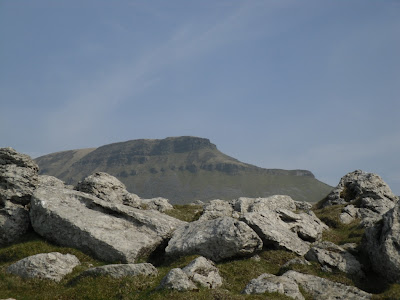 We made our way steadily upward, taking loads of pictures as we went. 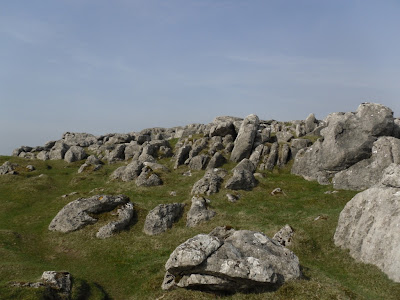 The slopes leading up to Pen-y-ghent are covered with loose rocks and boulders which  break up the contours of the hill with attractive shapes, white against the green. 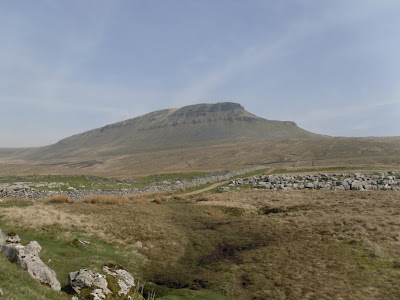 All the time we walked the peak loomed larger above us. 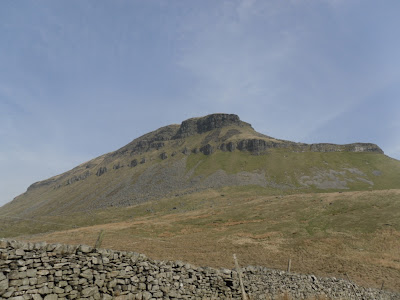 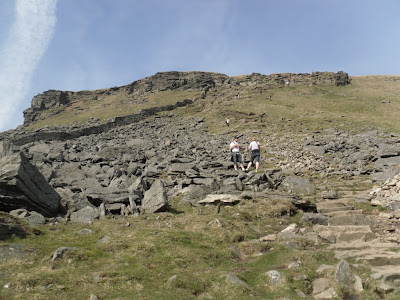 And then very suddenly we were on the last steep section.  Not quite a scramble, but I needed my hands free for the 200ft climb until we reached the final gently sloping path to the trig point and lunch.  Sitting in the sun up there, I wondered how many fellow walkers had reached the top of a hill for exactly the same purpose?  There were quite a few people up on Pen-y-ghent, lounging in the sun.  It was lovely.


From the trig point, most people make their way down along the Pennine Way, but we’d already planned to walk to Plover Hill and then down onto Foxup Moor before turning south west to walk across Horton Moor and visit Hull Pot before returning to our car.  The sun was lovely and warm, we were refreshed from lunch and thoroughly enjoying the afternoon.


It’s a bit boggy up there, but wasn’t really giving us too much trouble as we picked a route through the squelchy bits.  Peter led, and being a gentleman, helped me over the occasional extra wide patch of boggy stuff.  During an extra large step, I felt something in my foot give a painful crunch!
We were just about at the top of Plover Hill at this point, and we thought the pain would ease off, but I found it difficult to walk comfortably.   “It’s not too bad as long as I can keep it level”, I said, then looked ahead and realised our next stage was to get down the path on the side of the Plover Hill.  Steps had been built  into it to make it easier, but they were anything but level.   Uh oh!
Fortunately walking poles have many uses, including keeping balance and taking some of the strain.  So down we went (slowly), and then across the moors. 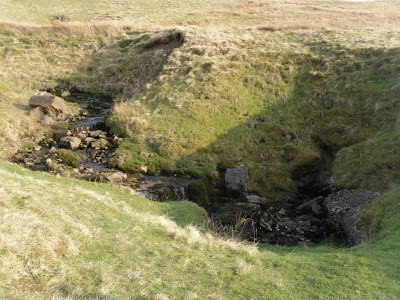 I do love the bleakness of the dales and the country around us was wonderful.  The ever present sheep nearby, skylarks and curlews filling the air with sound, blue sky above…..  It was all quite, quite, lovely.We passed a few little springs and becks that appear and then disappear. 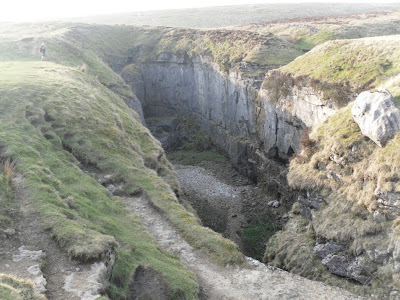 We then reached Hull Pot, which is quite an impressive hole, as holes go.  A short photo stop. 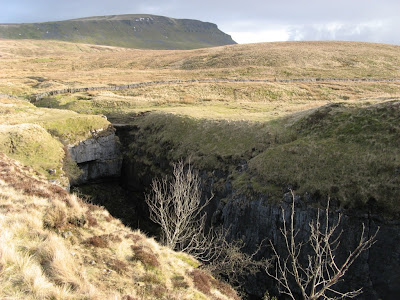 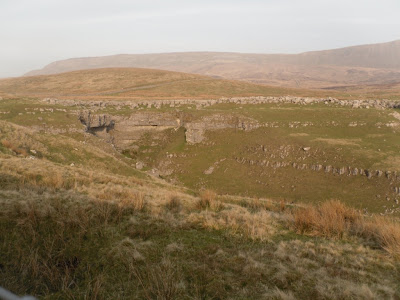 The final stretch is a mile and a half walk along the lane under Horton Scar with the omnipresent lump of Pen-y-ghent behind.  We really like this bit.  The shapes and formations of the scar are very pleasant, especially in the evening sun. 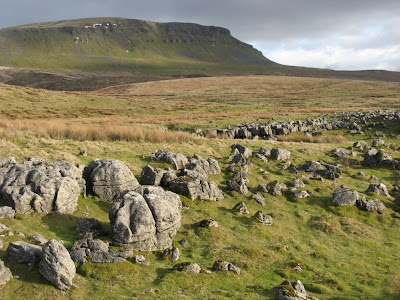 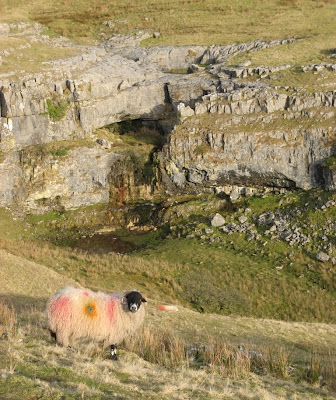 We finally made it to Horton, but my foot hadn’t got any better and I was quite pleased not to have to walk anymore.
It was a shame because we had started out so well and Peter was hoping that we could improve on our walking speeds and fitness averages, but it was not to be.  Humph!


Anyway, I still enjoyed the walk, I would happily do it again, although probably a little faster next time (we took 5 hours to walk the 8 ½ miles, not including stops). 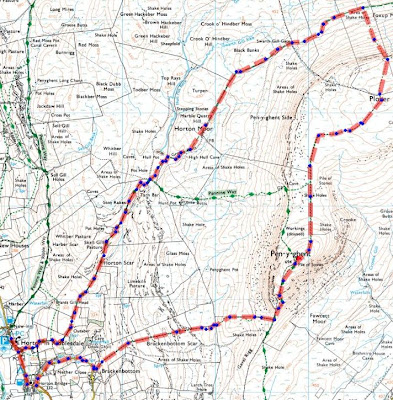 
A short video from Peter