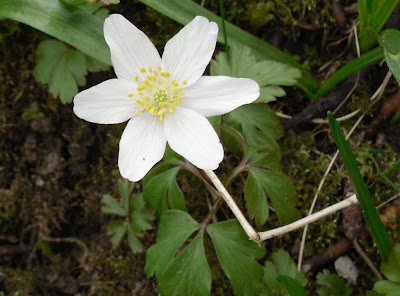 I have had just the most incredible day.  Not because of the route or the walking, although that is always enjoyable, but because of the reason for the walk.
I’d decided I would visit Colburn Batts, to see what the birds were up to.  Last year, I’d seen swans, tufted ducks, great crested grebes and quite a few other birds raise their chicks there.  I wondered if they would again, and if they had started to pair off yet. 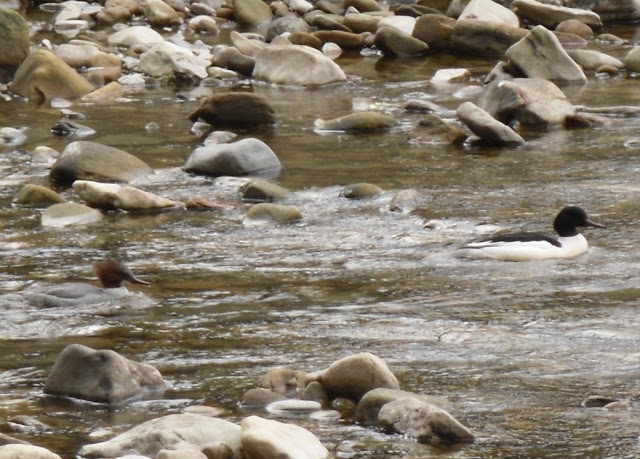 I was just about to cross Mercury Bridge in Richmond to join the C2C path on its way to Catterick, when on a whim, I walked down the side to get some photo's of it.  Much to my surprise, a pair of goosanders came swimming past.  I was really pleased to see them, though I know they won’t hang around,as they like privacy.  I managed to get some photo’s although Mrs Goosander stuck her head in the water every time the camera went click.  I did manage to get one of her face though.  She's on the left of the picture above.  Not easily seen straight off, despite the rusty red shock of feathers. 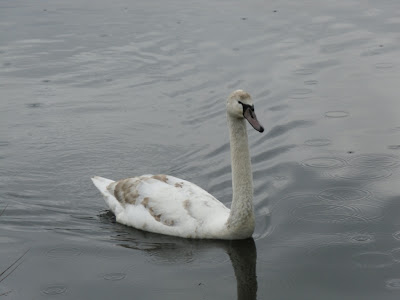 Then I walked on following the C2C path watching out for whatever I could see.  After a mile or so, I left the C2C to follow the River Swale to Colburn Batts. 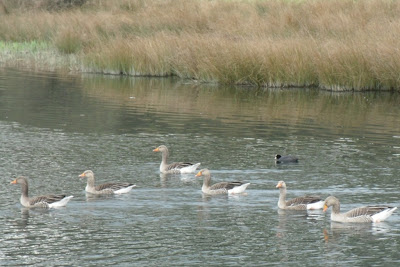 When I got there, I couldn’t believe my eyes.  There were so many birds on the two little lakes.  I counted at least 20 swans and 40-60 greylag geese.  Amazingly, a guy walking his dog complained there were too many birds about.  Huh? 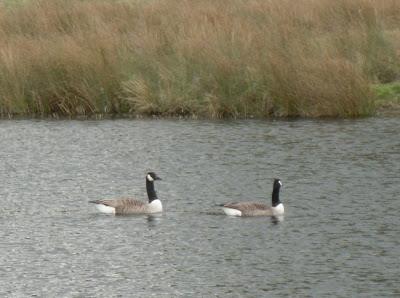 There were canada geese, coots, moorhens, great crested grebe (2 in one lake, one in the other), black headed gulls, tufted ducks and mallards.
There were a few birds I didn’t recognise so I looked them up when I got home.  Shelducks and little grebes it turns out, (although I am not certain of the little grebes.)   What would I have given for a better zoom on my camera. 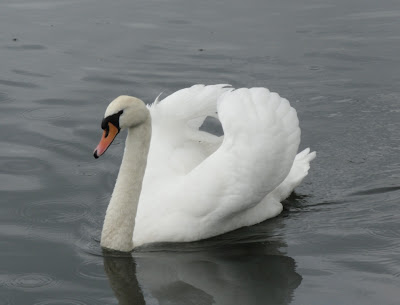 I was in my element, binoculars looking in all directions.  I’m sure this will all die down in a couple of weeks, but I was so pleased to see them all today.  Hopefully a few will stay behind so that I can watch them over the summer, particularly the grebes. I would love to see them do their courtship dance.  Today sadly, they were simply cruising.  The greylags made up for it though, very noisily chasing each other all over the lakes and the surrounding area. 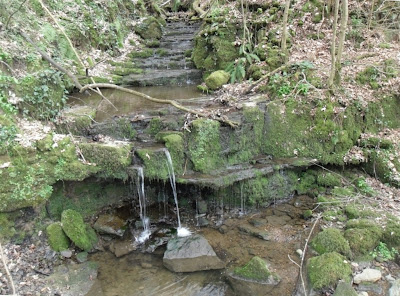 I don’t know how long I stayed, but eventually it was time to go back, especially as the sky was getting blacker and blacker.   On the way back I took some photo’s of my favourite little beck waterfall, I’ve always liked it, even when it has no water in it. 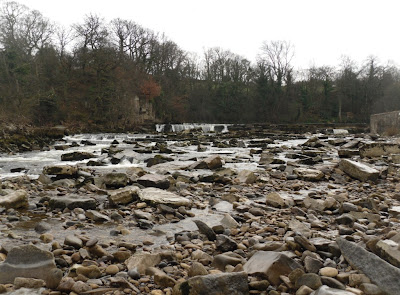 As I got to Richmond, I decided to divert along the Swale to the waterfall.  The water in the river is low and as a result I was able to watch a dipper and a pair of grey wagtails chase each other around the falls.
Checking the map, I walked about 7 ½ miles.  And I'm dead chuffed with the whole thing.