We'd promised ourselves that it wouldn't be all walking in Cornwall, so today we visited myth and legend in the form of Tintagel Castle

In a book by a long ago story teller/history writer, Geoffrey of Monmouth, King Arthur was conceived here. According to Geoffrey, the King of All Britain, Uther Pendragon, was very taken with Igraine (Arthur's mum).  Trouble is, Igraine was married to Gorlois, the Duke of Cornwall.  So with a little help from a well known wizard (Merlin) Uther got himself transformed to look like Gorlois, and spent the night with Igraine at Tintagel.  And that was the night Arthur was conceived. The story goes on that Gorlois died, and Uther married Igraine, and Arthur grew up as the the next King of All Britain

Since then, legend had been built on myth and stories have been built on legend.  Today, Tintagel is integral to the stories of King Arthur, Merlin and the Knights of the Round Table.  Arthurian Legend

The castle is sort of split into two parts (see Tintagel Map)  There's a mainland entrance, with a massive ditch or moat, and then a bridge over vicious rocks to the island part.  Now I've explained that, you'll understand the photograph.

As it happens, the castle that you see now was built by Richard, 1st Earl of Cornwall, in about 1230ish,  cos he wanted to be associated with King Arthur and all the mystic and power of the legend Geoffey of Monmouth had written about.   Archeologists have excavated and know this is true.    What they haven't worked out though, is all the stuff that they've found from much earlier structures and monastic buildings in the foundations and the surroundings of Richard's Castle. These finds tell a tale of  a rich and elite settlement.  Rich and elite enough to be that of the King of All Britain..........? Who knows?

Oh by the way, those steep cliffs and all them steps are killers!  Add that to the short walk from the village and back, and the leg muscles got a bit of a stretch for certain.  (And we weren't supposed to be having a strenuous day.)


After that, we had a quick visit to St Ives (well you've got to, haven't you).  I should point out that there is also a St Ive in Cornwall, and the sat nav doesn't know the difference, so you'd better check that you've picked the right one before you set off, that way you'll save loads of extra driving.  (And I ain't gonna tell you how we found that out!) 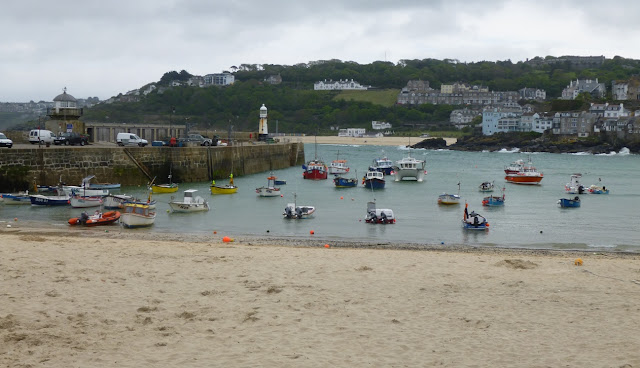 St Ives is full of galleries, icecream shops, eateries and pubs. Not forgetting the sea, the beach, the boats and the seagulls.  Nasty, greedy stealthy thieving seagulls!  I was really enjoying my peanut butter ice cream. Then there was a thwack on the shoulder and it was gone, on the wings and in the beak of a greedy gull.  I was quite miffed.  Nevertheless, St Ives is a lovely place to have a walk round.

But we didn't stay for too long, cos we knew that the tide would be going out at Kennegy Cove, and tonight would be our opportunity to go down and have a look. 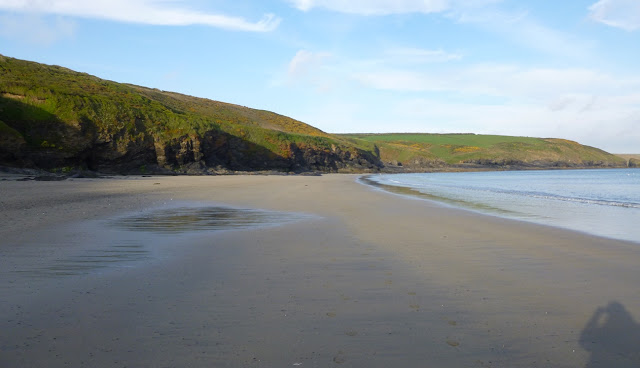 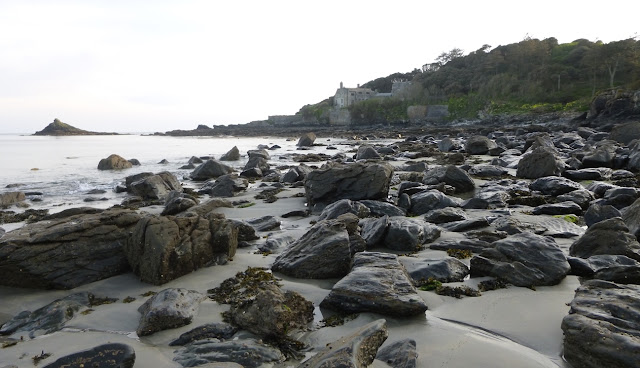 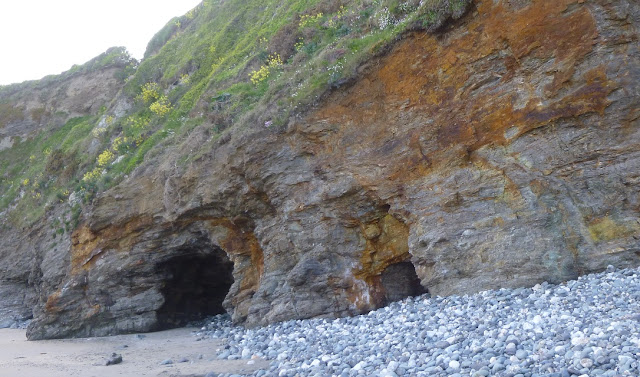 Sadly the caves proved to be just hollows.  But the beach was lovely in the evening light.  Well worth the visit.
Tomorrow we pack up camp.  I'm really sad about that, tomorrow we'll be heading towards Dartmoor and Winkleigh.