This little walk story is about solitude. It's about one of those days where nothing and no-one encroached on my time or thinking, and my mind meandered through the past and wandered into the future. The walk didn't follow any set route either to be honest.

It didn't start that way. I'd decided to go to Swaledale where I'd planned a routed from Gunnerside. But, stuck behind a slow moving car on the narrow B6270 from Reeth, I decided I didn't want to do that after all, and diverted off at Healaugh and drove up to Surrender Bridge. Once there I thought I'd walk over to Gunnerside and pick up on the path I'd already worked out. So, with that plan in mind, I set of over Feetham Pasture. 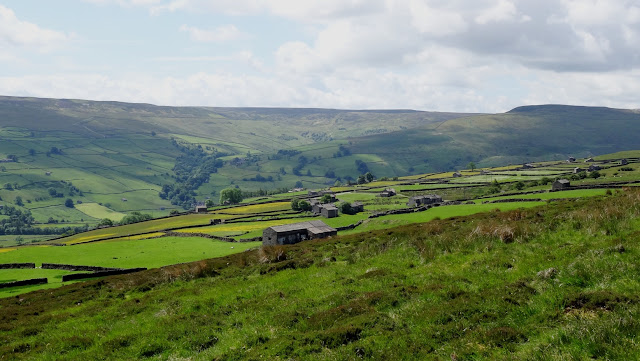 It was a lovely day, a little cloudy, but plenty of sunshine, and as always, I was loving being out in the open, soaking up the views and constantly pausing to enjoy them. 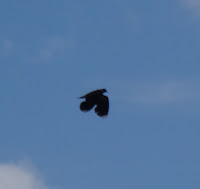 And as always I like to see and hear the birds, and the Lapwings certainly wanted to make sure I didn't miss them.
With their constant pee-whit calls I was surrounded by Green Plovers, Peewits, Pewits, Pee-wees, Chewits, Tuefits, Toppyups, Peasiewheeps, Teeacks, Teewwhuppos, Thievnigs, Wallocks and Plivvers. (And that's only some of the names for a them!). 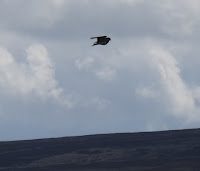 Did you know a flock of Lapwings is known as a deceit? And the Shetland name of Tieve's Nacket means "thieves imp". It seems these birds weren't very well thought of in the past, although people did think well enough of them to eat them and their eggs. In fact, they were so well thought of as food that they were reduced to 20 breeding pairs by 1915. And the reason the Lappys were considered deceitful? It's because the birds feign a broken wing, or hop and flap and make a lot of noise to distract people away from their nests and to protect their eggs. 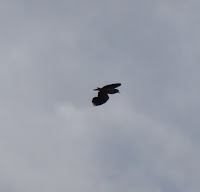 But that was in the past. Now they are plentiful and noisy. Out on the moor, I watched their acrobatics in the sky all around me. I tried to take some pictures, but all I got for my efforts were silhouettes. The wings look flappy and unmanageable, but despite appearances, they allow the Pie-wipes amazing aerial control.

And amongst the Wallopie Weps were Curlews and Meadow Pipits. The Curlews I heard, but only managed to see in the distance. The Meadow Pipits weren't quite so shy. 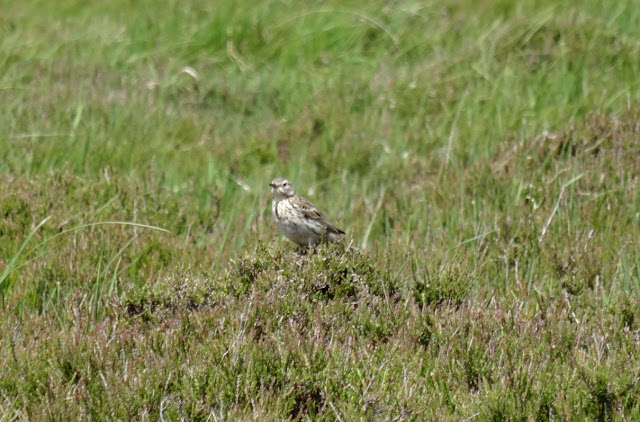 I walked on entertained by birds around me until I came across a Flopwing that was being quite deceitful. He was making a lot of noise and flapping about to my left, so I was very sure there was a nest on my right. This Flapjack was so worried that I'd find the nest, he let me get close enough to take a few pictures. 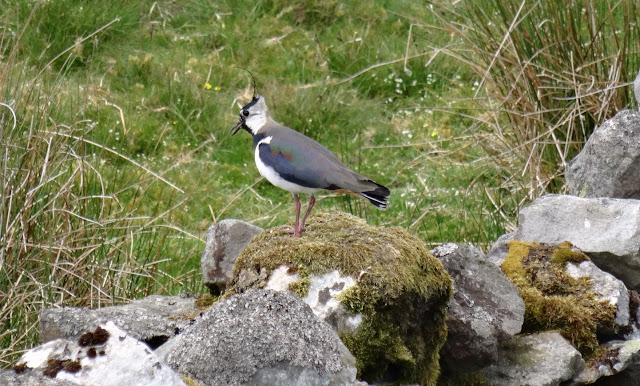 Then it was on past Brownsey House and up to Stoops Rigg. With just the wind and the birds for company I sat for a while, asbsorbing the views. 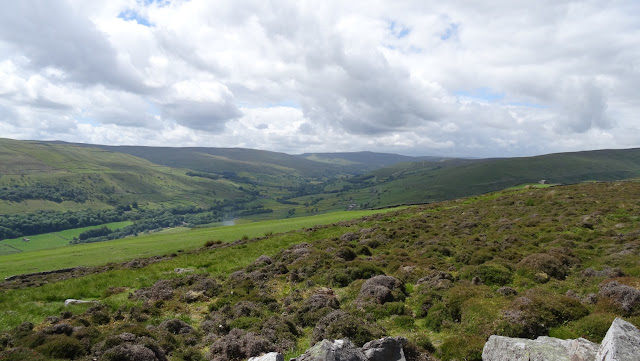 I started off again towards Barf End until I reached the point above Gunnerside where I could join my planned route. I looked ahead at the path I'd walked many times, and then right, to one that I'd never explored before.
So right it was. Up to Browney Moor, via the old quarries and Slade Head. As I approached a row of Grouse Butts, a small flock of birds crossed the path to land up hill. The birds weren't keen to pose and stayed a distance away, but with the camera on full zoom, I managed to get a few pictures to prove they were Golden Plovers. Another treat for my day. 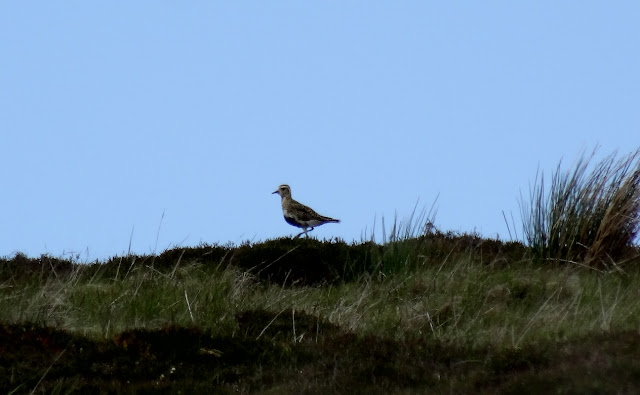 As I said at the beginning, solitude was the theme. Although I nodded hello to a couple, and to two guys on mountain bikes, it was just me alone all afternoon. The space around me was filled with nothing but sun, wind and bird song and I loved it. Time was mine and I lingered and wandered to my heart's content. 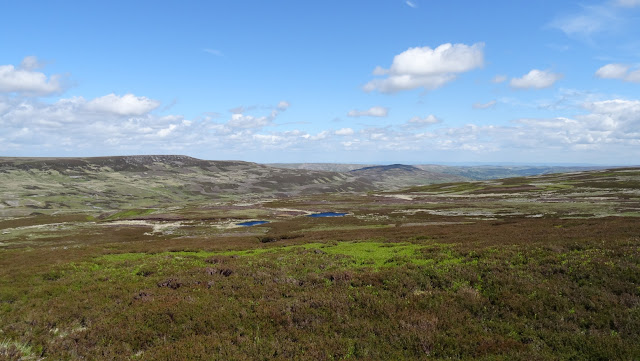 Eventually I started downhill and reached Moor House, (which should really be called No Moor House). It is so remote up here. How did people live when the weather cut off the rest of the world I wonder? 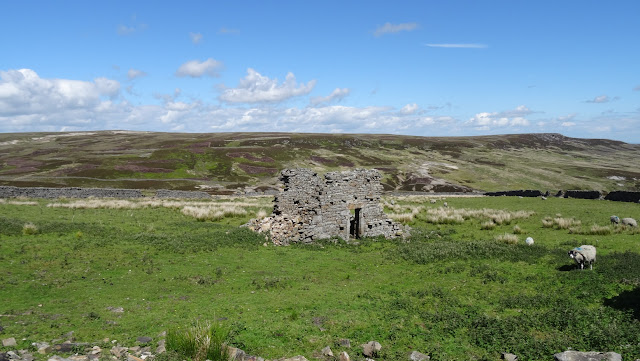 Next for investigation was a little square of fencing, I was hoping it guarded a mineshaft. I was right, but it was all blocked off and made safe which was slightly disappointing. Even worse, I don't know enough to imagine how it would have been when it was in use. 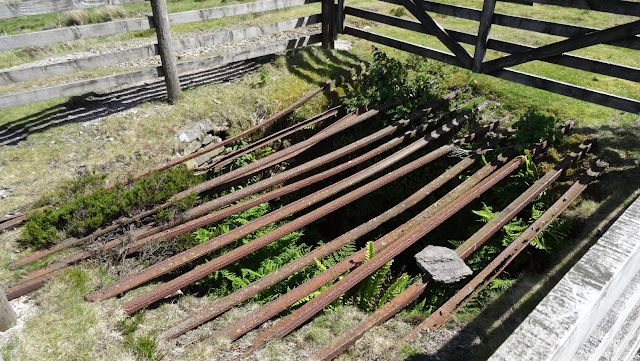 But I was cheered up by a pretty and very small star like flower growing close to the ground.  It's called Spring Sandwort 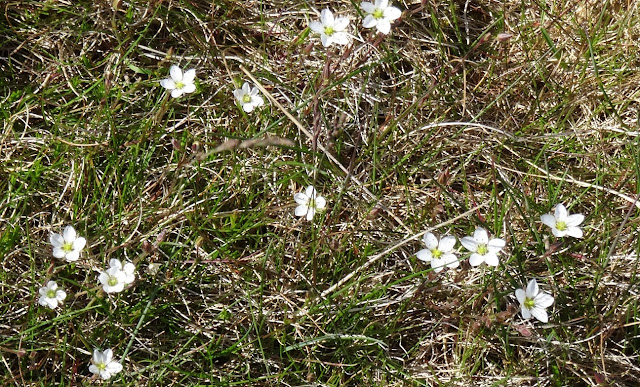 Starting on the way back now, I crossed Level House Bridge. The Hornpie's preferred the higher ground, so I left them behind. But in the heather I could hear the soft pup pup noises of a mother grouse keeping her chicks in check. 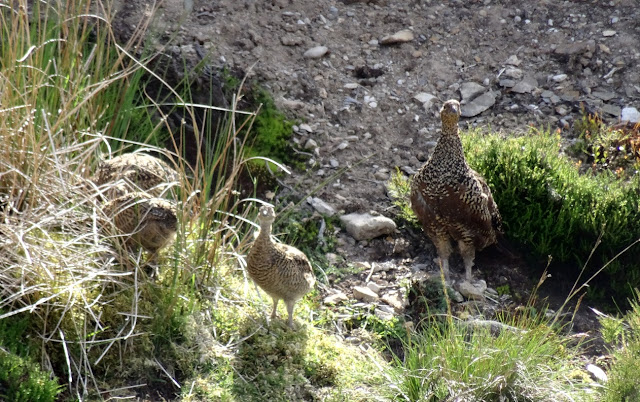 My final photo stops were Hard Level Force, where there wasn't very much water going over the fall. 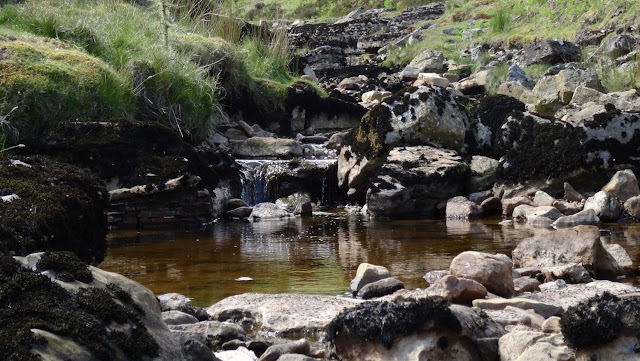 But there was a little rabbit. 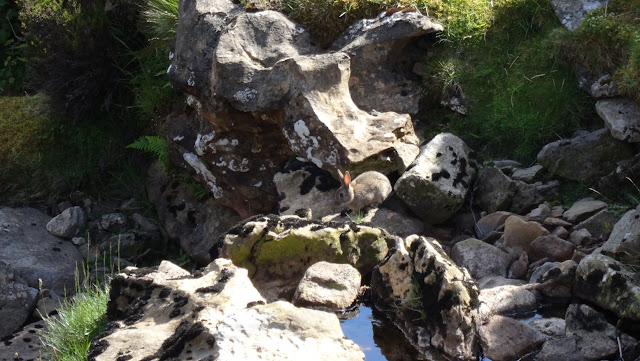 And last but not least, the Old Gang Smelting Mills. 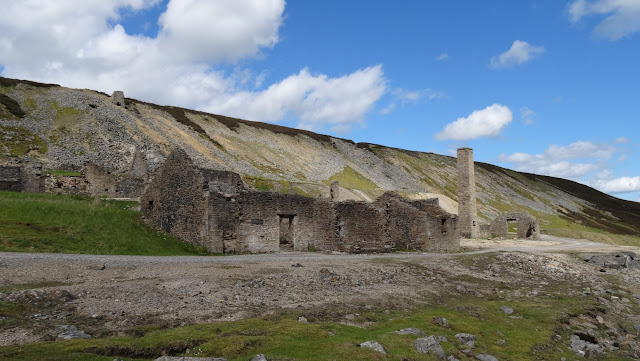 So that was my day. I should point out that amongst the noise of the Hornpies, I was testing a small tablet loaded with Memory Map (MM allows you a trial period) to plan/follow my route and also to act as a GPS. It was a total success. I could enlarge the map and manoeuvre it however I wanted, I was able to track my route and the GPS made sure I knew exactly where I was at all times and it made it easy for me to change my route as I went along. Definitely the way forward for me.
An easy enough walk, just over 8 miles and about 1000ft uppiness

And I have to mention Birds Britannica by Mark Cocker and Richard Mabey - it's full of all sorts of information about Lapwings.  It's also got a few stories about Golden Plovers, Pipits and Grouse, but I'll save them for another day.