I thought I’d carry on getting to know the area around me, and drove a few miles down the road to Brompton-on-Swale to check out the footpaths there.  What I ended up doing was walking back and forth, up and down roads and paths trying to find the way through.  I got stopped by:
1. Some very expensive looking gates, (topic for discussion on The Walking Forum).
2. A couple of women walking dogs who told me “there’s no way through”.
3. And finally the A1!  (Photo above)
Each time I backtracked and tried another route.   I eventually ended up at a point where I’d walked about 5 miles and not actually got anywhere.  Feeling a bit fed up, I changed my planned route and just aimed for the nearest water. (I like water). 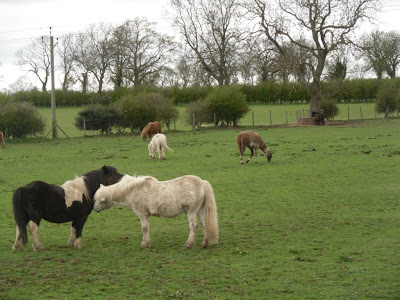 But it got better from that point onwards.  The map at the bottom shows the route that I was able to take unhindered.  The path along the old railway line north of Brompton is really quite nice, 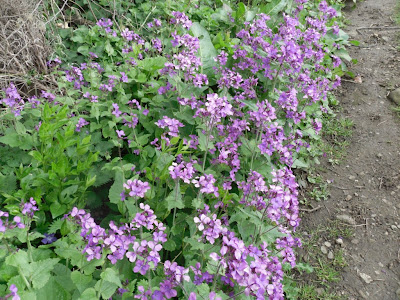 As is the one that goes alongside the A1 at Brompton until the point you can cross under it. (Not a public footpath, but a local one).  this photograph is of a flower called Honesty.  It really is very pretty. 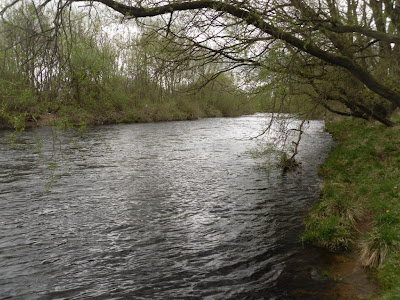 I didn’t think Howe Hill Lane was that interesting, as trees are planted to block sight of the gravel pit lakes on either side, but the walk alongside the Swale was very pleasant.   Bolton on Swale Lake looked fantastic, what I could see of it from the track.  I think I will go back once I’ve worked out how to get closer to the water’s edge.  The river photographs are all of stretches I'd not seen before. 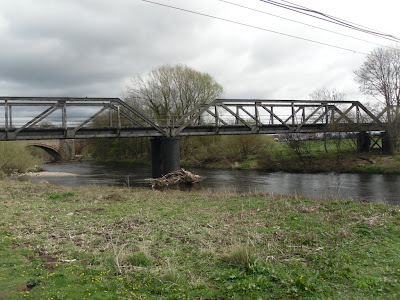 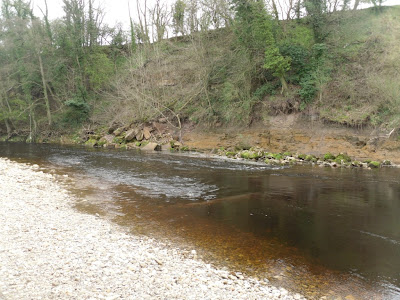 From there I continued to follow the Swale back along to where my car was parked.  I met a farmer who told me that the there was a new footpath that followed river bank all the way round now (not as shown on my map where i crossed the fields).  Yippee.
I ended up walking nearly 10 miles all in and learnt about a few more paths in Yorkshire.