On the Sunday of our weekend stay in Northern Ireland, our hosts, Jenny and Bob,  took us to Bloody Bridge, just south of Newcastle. 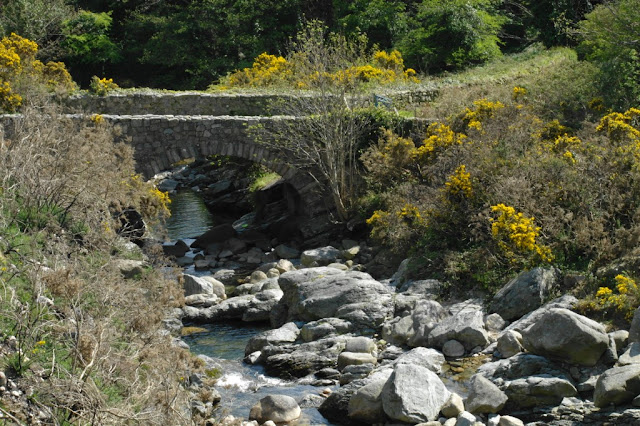 As it's name implies, the bridge has a violent history.  Story has it that 50 prisoners were murdered there.  The original bridge still stands, but is no longer in use.  It is however, a very pretty start of a walk from the coast up the Mourne Mountains to Slieve Donard, the highest peak in Northern Ireland. 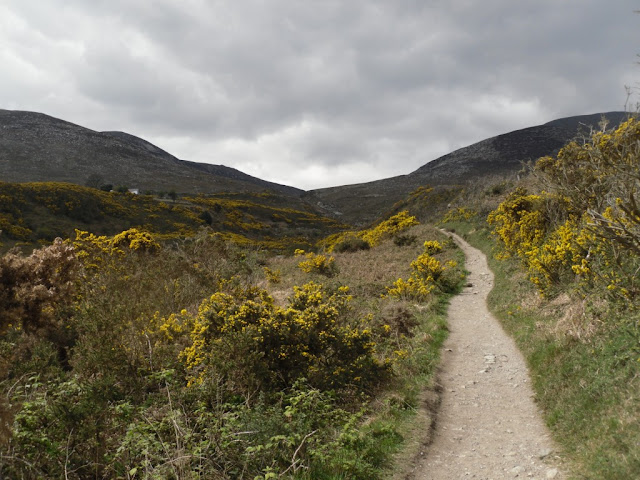 The walk starts by following the route of a stream, the name of which I haven't been able to find out.  The path keeps alongside the rocky, boulder lined beck and we started to walk, with the intention of a stroll really. 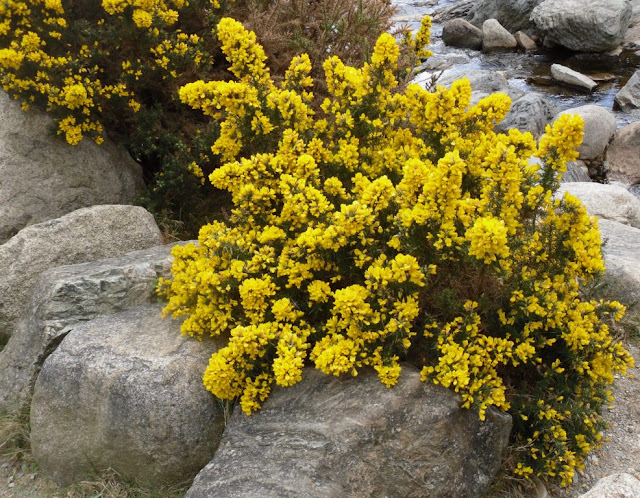 As soon as it got too strenuous, we were going to turn back as Jenny's back was playing up and she wasn't very comfortable. 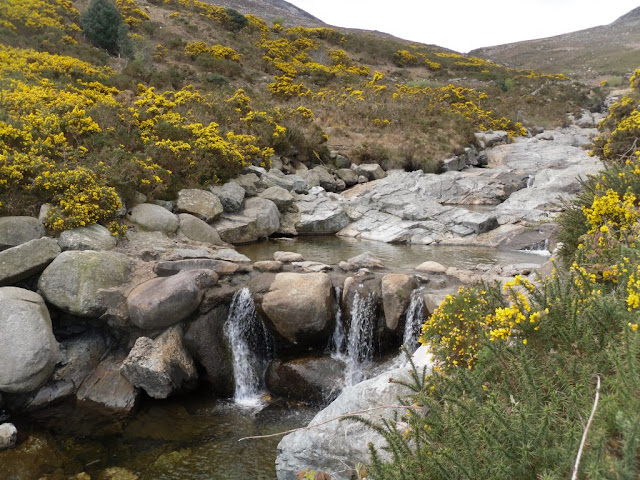 But the temptation of climbing along the boulder lined bed of the stream was just to much to resist.  Within a few short minutes of starting, all four of us where clambering over the rocks. 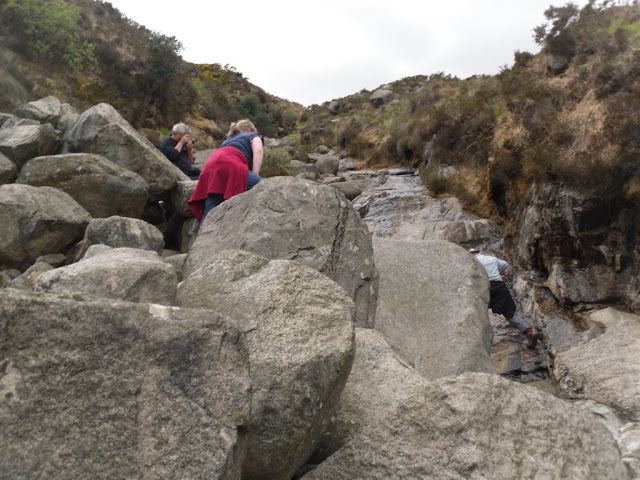 We had a fantastic time.  For whatever reason, Jenny's back problem eased off and she was soon mucking about like the rest of us. We didn't get very far up the hill, and the earnest walkers on the paths must have wondered at the racket?  Mostly laughing and shouting, we made our way up the bed of the stream. 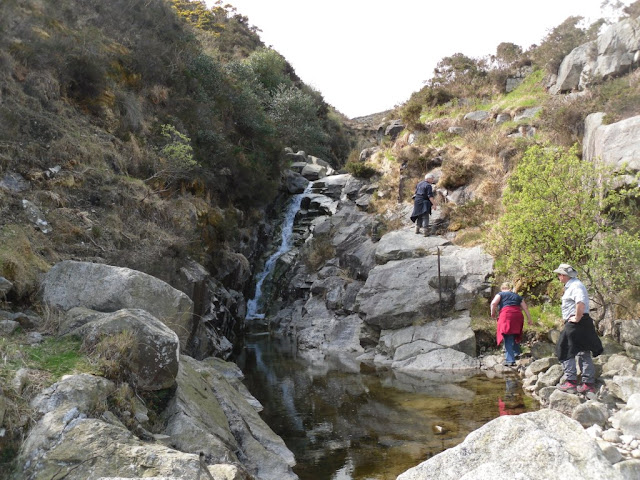 Bob kept choosing the most difficult routes -  vertical edges with no handholds.  We watched......  the wicked side of each of us waiting for the splash. 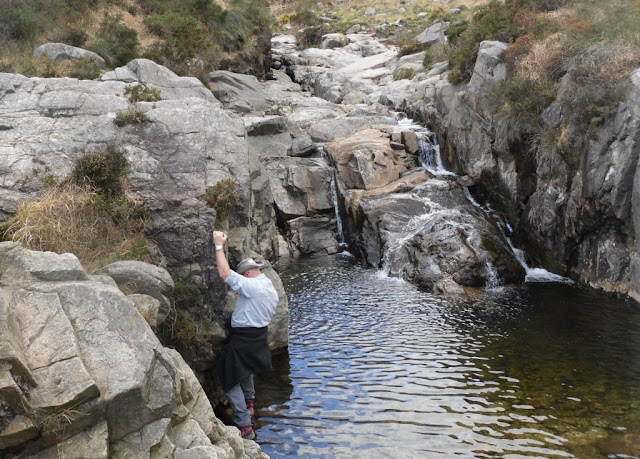 It never came.  A good thing really, because we would have had to turn back once he was drenched.
As I said, we didn't get too far up the hill before turning back down for a well earned cheese sarnie, but who cares.  It was brilliant fun.
The stream and the surrounding countryside were quite beautiful and I would recommend them to anyone.  We took too many photographs to count 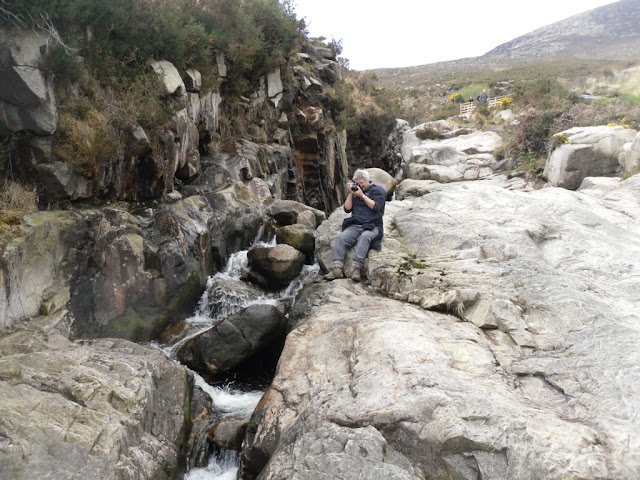 I think, if I were given the chance, I would love to complete the walk up to Slieve Donard, it looked stunning.  Maybe next time..... 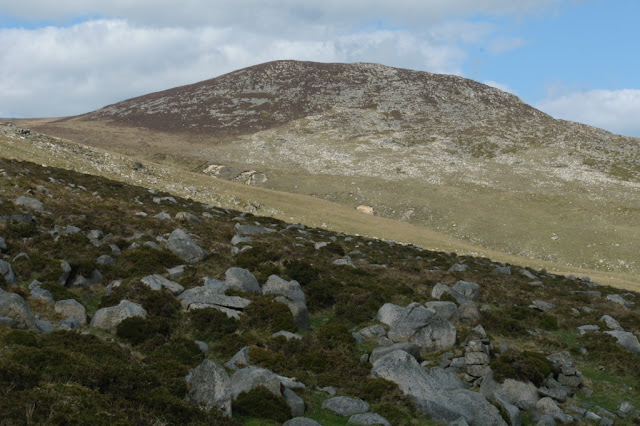 I should point out that Jenny was unfit for work for two days after that.  Her back completely seized up from the effort!  (I'm not laughing........  Honest!)