To be honest, I wasn't going to write up this walk, because it was just an afternoon stroll with some friends, but yesterday I looked at the photographs again.  They were so lovely I thought I'd share them with everyone else.

Our friends live in Livingstone, and we went to stay for a weekend at the end of August.  For a Sunday afternoon walk, they drove us out to Threipmuir Reservoir near Balerno, and five of us set off for a short foray into the Pentland Hills, a 20 mile stretch of up and down off the South West corner of Edinburgh.

First we enjoyed the sights of Threipmuir Reservoir, (above), and Bavelaw Marsh, (below). 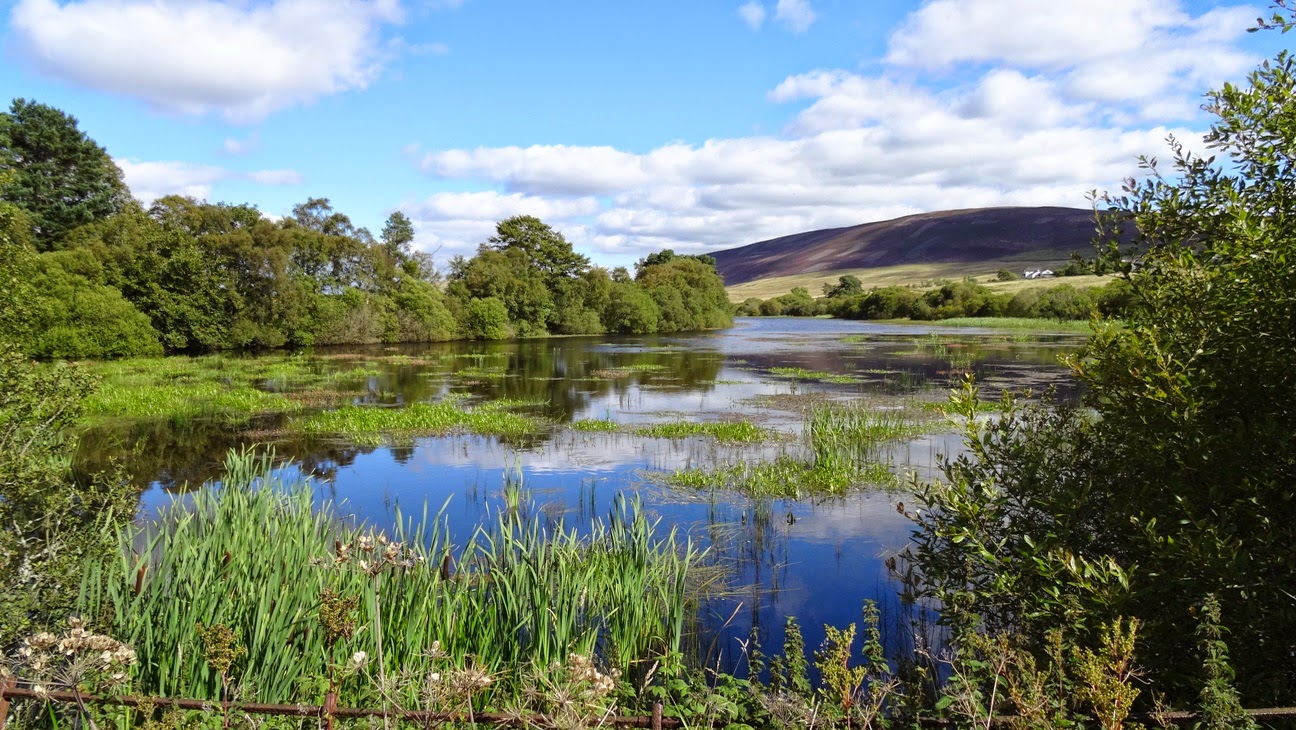 Our path took us up along a wooded track past Bavelaw Castle, which we didn't see anything of.  At the end of the track, a gate brought us out into the sun and gave us our first glimpses of the hills.
Scotland doesn't have Rights of Way, but the people in Scotland have the right to access most land and inland water including mountains, moorland, woods and forests, grassland, fields, rivers and lochs, coastal areas, most parks and open spaces day and night.  The only caveat is that walkers must do so responsibly.   There are loads of paths marked out on Scottish OS Maps, but you don't have to stick to them, and they aren't ROWs.
But you'd be daft to ignore them, all those walkers before you knew what they were doing when they pounded the track out with their feet.
The path was relatively easy, which is good, since I hurt my foot last Sunday on High Cup Nick, and it wasn't even close to being healed. and I had to be careful where I stepped.  It was well worth it, the scenery was gorgeous.
We followed the track to see where it would lead us, and it led us to this.  The men, (boys), in the group insisted on climbing all over it.  I had to wait until they got down to get this photograph.

We followed the track a little further until we reached Loganlea Reservoir.
We were tempted to walk further, but we didn't have a map with us and weren't quite sure where we'd end up, and not only that, Peter and I had to start the drive back to Richmond that afternoon. So we turned around and walked back the way we came.   Now I can see where we went on the  WalkHighlands site, I know better, but I'll save that for future visits. 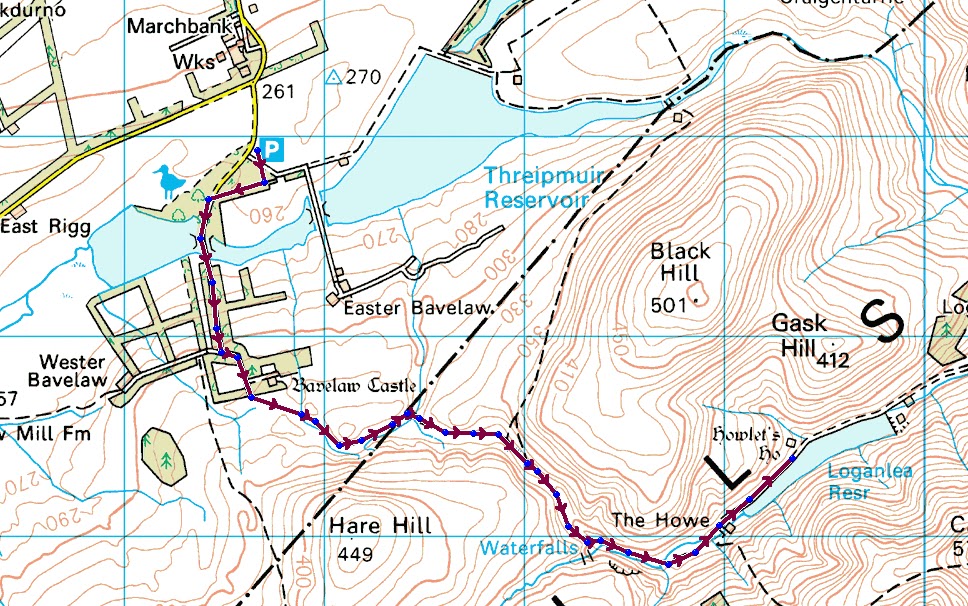 A wonderful afternoon with wonderful friends.  Thank you to Bob, Jenny and Fraser for making it so.