A Walk to Work

I live just over three miles from work, and for the few months, I've had this idea in my head that I might walk to work. Only in the nice weather like, definitely not when it's cold and raining. When I saw the weather forecast last night, I decided today would be the day.
I nearly didn’t do it. I was running late, and then had to turn back after 5 minutes to get a map of the path I’d not used before. It would have been so easy to get in the car and drive. But the sky was so so blue, the sun so bright, and the air so clear and fresh, I couldn’t miss the chance. And boy am I glad I didn’t. I start by going through Richmond past the Friary.
Then it's down the hill across the Swale, to "The Station", which is a listed building that has been revamped and now houses a two screen cinema, a restaurant, a brewery, cheesemaker, baker and delux sweetie shop. Anyone within a mile vicinity should make it a priority to get an ice cream from the shop at the end of the building. It's made in one of the dale's and it is absolutely gorgeously wonderful. 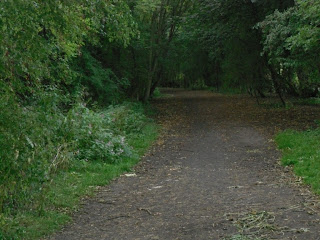 From The Station, I followed the old railway track, a favourite walk of us locals, as this path ultimately leads to Easby Abbey.
Then a right turn past the sewage works following the Coast to Coast as far as Hagg Farm, (which isn't there). On route were a load of soldiers training, running up and down the hill as per orders shouted at them by guys in bright yellow hi vis vests. The hill had been previously grazed by cows and was subsequently very mucky slippy. Uuuuuurrrrrrgh! I am so glad I never joined the army.
Since June, many of the paths around Richmond have been lined with Himalayan Balsam. It is really quite pretty, but apparently it is a nasty foreign invader, driving out our own native plants. If it drives out a few nettles, I would be happy. And I still think it's pretty.

At Hagg Farm, I turned south to walk across the fields towards Hipswell. Really lovely views, although I got wet feet in the morning dew. 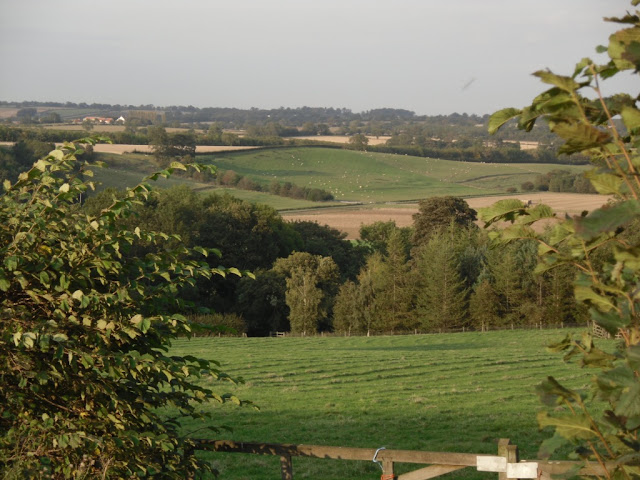 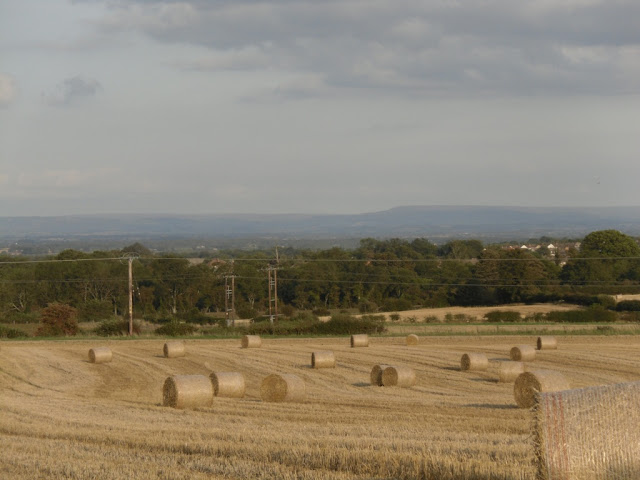 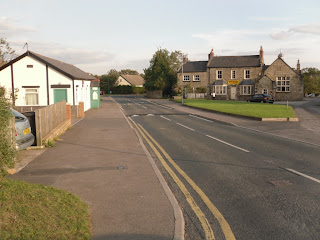 Finally into Hipswell village and sadly back onto road and the smell of exhaust, but I was only about a third of a mile away from work, so not far now.

When I got to work, my colleagues thought I was ever so slightly mad. They couldn't understand why I would walk three miles plus to work by choice. I was offered a lift home............ twice. I very happily turned it downed and went back the way I'd come.
They don't know what they're missing.